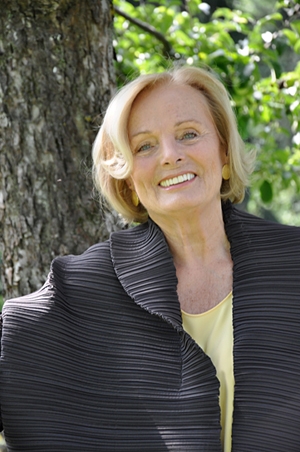 Ruth Maria Kubitschek was born August 2, 1931 in Komotau, Czechoslovakia. After the end of the Second World War she fled with her family to Köthen in Germany. She attended actor's training in Halle an der Saale and in Weimar and appeared in several theatre productions. From 1953 on she also played some minor parts in DEFA-productions like "Das kleine und das große Glück" (1953), "Thomas Müntzer" (1956) and "Der Fackelträger" (1957).

After a theatrical engagement in 1959 Kubitschek stayed in West Germany and in the following years she appeared in many plays as well as feature films and TV productions, playing supporting and also main roles. A first breakthrough for her career was the title role in the TV production of Francis Durbridge's "Melissa" as well as a role in Will Tremper's "Sperrbezirk", for which she was nominated for Bundesfilmpreis as Best supporting actress, followed by several roles in crime thrillers, entertainment films and series like "Der Fall von nebenan" (1970-75).

With her role as the distinguished wife of a police officer in the highly popular TV-series "Monaco Franze – Der ewige Stenz" alongside Helmut Fischer, she became one of the biggest German TV stars. She appeared in further distinctive roles in the series "Kir Royal" (1986), "Das Erbe der Guldenburgs" (1987-89) and "Das Traumhotel" (2004-06) and in several dozens of other series and TV films.

Alongside her work as an actress Ruth Maria Kubitschek also published several successful novels and non-fiction books about esotericism.

Ten years after her turn in Reinhard Schwabenitzky's comedy "Zwei Väter einer Tochter" (AT 2003), Kubtischek returned to cinemas with the comedy "Frau Ella": She plays an 87-year-old woman, who flees from the hospital and joins two young men on a trip to Paris, where she hopes to reunite with the love of her youth.

Kubitschek has had Swiss citizenship since 2013. In an interview with the Rheinische Post in 2014, she announced her intention to retire from acting.

In addition to her work in front of the camera, Ruth Maria Kubitschek has also worked occasionally as a voice actress over the years. Among others, she lent her voice to Danielle Darrieux in François Ozon's star-studded comedy "8 Femmes" ("8 Women", FR 2002), as well as to Daliah Lavi in "Old Shatterhand" in 1964 and Delphine Seyrig in Alain Resnais' psychological drama "Muriel ou le Temps d'un retour" ("Muriel") in 1963.

After her marriage to opera director Götz Friedrich from 1953 to 1962, with whom she had her son Alexander, Kubitschek was in a relationship with TV producer Wolfgang Rademann from 1976 until his death in 2016.