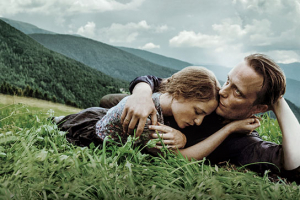 The historical drama tells the story of the Austrian farmer Franz Jägerstätter (1907-1943). Jägerstätter lives in St. Radegund, a small community in the district of Braunau am Inn. After the annexation of Austria to Hitler's Germany, he makes no great secret of his rejection of National Socialism. Among other things, he publicly declares that as a devout Catholic he may not do military service, as it would be against his religious conscience to fight for the National Socialist state. When he is to be drafted in 1943, but refuses to service on the aforementioned grounds of conscience, Jägerstätter is arrested and sentenced to death for "harming the military strength".