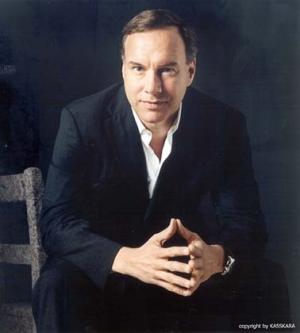 Nico Hofmann was born in Heidelberg in 1959 and studied at the Academy for Television & Film (HFF) in Munich from 1980-1985. During his studies, he was also active in the establishment of the Baden-Wuerttemberg Film Office, and on the founding of the distribution cooperative "Der andere Blick". He teaches at the filmacademies in Munich and Ludwigsburg and signed an exclusive contract with Bernd Eichinger"s Constantin Film in 1996. His films include: "Abschiedsbilder" (1983), "Der Krieg meines Vaters" (1985), "Der Polenweiher" (1986), "So leben wir" (1987), "Chimaeren" (1988) and "Land der Vaeter, Land der Soehne" (1988).

He directed several TV films such as "Schlagende Beweise", "Der Tod kam als Freund", "Schulz & Schulz", "Tod im Häcksler", and the award-winning "Der Sandmann" before returning to world of feature films for "Solo For Clarinet" ("Solo fuer Klarinette") in winter 1997. In 1998, he was one of the founders of the German production company teamWorx. Since then, he has been been working exclusively as a producer for teamWorx, which has quickly become one of the most active German production companies.