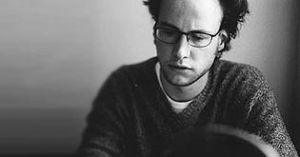 Stefan Krohmer was born in Balingen in 1971. After graduating from high school, he first studied drama, film and television studies in Erlangen, before enrolling at the film academy in Ludwigsburg. In the early 1990s, he made his first shorts, including "Blackfast" (1992) and "Chubab" (1994). His graduation film "Barracuda Dancing" won him the 1999 German Television Award for Best Newcomer, and was written – like most of his following films – by Daniel Nocke.

They next worked together on the made-for-TV movie "Ende der Saison", which was awarded the 2002 Grimme Award. In 2003, their first theatrical release "Sie haben Knut" ("They've Got Knut"), a tragicomedy set in the left-wing milieu of the 1980s, was widely praised and garnered them several more awards. With Krohmer acting as director and Nocke as writer, they went on to collaborate on the TV productions "Familienkreise" (2003), "Scheidungsopfer Mann" (2004) and "Ein toter Bruder" ("A Dead Brother", 2005). In 2006, "Sommer '04" ("Summer '04") marked their second theatrical release, which again got very positive reviews.

Returning to TV, their next project was the acclaimed drama "Mitte 30" (2007), followed by "Dutschke" (2009), a biopic about German political activist and student protest leader Rudi Dutschke. The latter won the Best Actor Award (for Christoph Bach) at the 2010 German Television Award. After "Die fremde Familie" (2011, TV) and the black comedy "Riskante Patienten" (2012, TV), they made "Verratene Freunde", in which an indiscretion plunges two couples into an existential crisis.

Following the tragicomedy "Die Zeit mit Euch" (2014, TV), the duo returned to theatres with the road movie "Mädchen im Eis" ("Girl On Ice"), in which a German girl searches for her lover at the Polar Circle. Krohmer then directed the TV comedy "Zeit der Reife" (2015), which marked the first time he did not work from a script by Daniel Nocke.