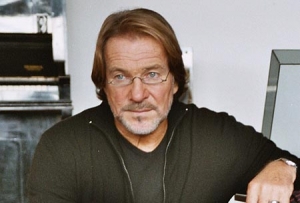 Götz George was born as Götz Schulz in Berlin on July 23rd 1938. As early as 1950, the son of the renowned actors Heinrich George and Berta Drews already gave his stage debut at the Hebbel-Theater in Berlin. His screen debut followed in 1953, when he appeared alongside Romy Schneider in "Wenn der weiße Flieder wieder blüht."

Between 1955 and 1958, George took acting lessons at the Ufa drama school. During that period, he starred in the DEFA comedy "Alter Kahn und junge Liebe" and in the made-for-TV feature "Kolportage". He also frequently returned to the stage and remained an ensemble member of the Deutsches Theater Göttingen from 1958 till 1963. In 1960, George received the German Film Award for Best Newcomer for his performance in "Jacqueline". Under the direction of Wolfgang Staudte, he starred in "Kirmes" and "Herrenpartie", which both addressed the atrocities committed in Nazi Germany.

On the lighter side, George played a heroic cowboy in the successful Euro-Western "Der Schatz im Silbersee", an adaptation of the eponymous novel by Karl May. Although he enjoyed great popularity, Götz George always looked for new challenges as an actor. Among other projects, he starred in "Peter Schlemihls wundersame Geschichte" by Peter Beauvais and in Frank Beyer's "Der König und sein Narr".

He delivered one of his most memorable performances as the Nazi officer in charge of the death camp in Auschwitz in Theodor Kotulla's "Aus einem deutschen Leben". From 1981 on, he starred as the maverick police detective Schimanski in the TV-series "Tatort". The reckless yet charming character was immensely popular with audiences and made television history in Germany, where Schimanski is a house hold name even today. Being rightfully afraid of being pigeonholed, George successfully tried to counter his Schimanski image with Award-winning performances in Carl Schenkel's thriller "Abwärts" and Helmut Dietl's social satire "Schtonk".

Always seeking a great diversity in his choices and not afraid of taking risks, George played the infamous mass murderer Fritz Haarmann in Romuald Karmakar's "Der Totmacher". For his gut-wrenching performance, he was awarded the "Coppa Volpi" at the 1995 Venice International Film Festival.

In the same year he received the Grimme-Award for his portrayal of a mysterious and alleged murderer in "Der Sandmann". Among George's other significant TV and screen performances were Helmut Dietl's "Rossini" (1997), the boxer biopic "Die Bubi Scholz Story" (1998) and the controversial drama "Nichts als die Wahrheit" (1999), in which he played the infamous Nazi war criminal Josef Mengele.

Since the turn of the century, George predominately appeared in TV productions, ranging from light entertainment fare like "Alpenglühen" or "Verliebte Diebe" (both aired in 2003) up to poignant dramas like Andreas Kleinert's "Mein Vater" (2003), which won George another Grimme-Award as well as the Bavarian Television Award. In the following years, George also appeared in ambitious film productions like "Maria an Callas" (2006), "Der Novembermann" (2007) and "Mein Kampf" (2011), the screen adaptation of George Tabori's eponymous play.

George was nominated for the 2010 Bavarian Television Award for his portrayal of an aging liberal who feels threatened by a youth gang in "Zivilcourage". He then got rave reviews for his turn as a district attorney trying to solve one last case in Andreas Kleinert's "Nacht ohne Morgen" (2011). His comic talent came to the front in Helmut Dietl's "Zettl", yet the film failed to make an impression with critics or at the box office. Much more successful was the thriller "Tod einer Polizistin" (2012) by Matti Geschonneck, in which George played a retired police detective who is on the trail of an alleged cop killer.

In 2013, Götz George starred in a very personal project: In the made-for-TV biopic "George", he portrayed his father, the renowned actor Heinrich George, who passed away in 1946 and whose legacy is overshadowed by his appearance in Nazi propaganda films.

In 2014 George was awarded the Federal Cross of Merit.