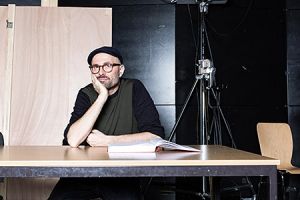 Philipp Stölzl, born in Munich in 1967, initially trained as a costume and stage designer at the Munich Kammerspiele in 1988. In this profession he worked for several years as a freelancer for various German theatres. In 1996 Stölzl changed from theatre to film and took a job as creative director in the Berlin office of the Austrian film and video production company "DoRo".

His breakthrough as a video clip director came a year later with the music video for the song "Du riechst so gut" by the group "Rammstein". Since then Stölzl has worked with artists such as Mick Jagger ("Old Habits Die Hard"), Marius-Müller Westernhagen ("Nimm mich mit 2000") and Madonna ("American Pie"). He has also made numerous commercials for companies such as Nokia, BMW and Sony.

Philipp Stölzl made his debut as a feature film director in 2001 with the melodrama "Baby" based on a script by Wolfgang Kohlhaase. In 2005 he staged the romantic Weber opera "Der Freischütz" with great success. Two years later, at the Salzburg Festival, he staged the play "Benvenuto Bellini", which proved to be a success with the audience despite controversial reviews.

In 2008, Stölzl's second feature-length film, the modern mountain film "Nordwand" ("North Face"), was released in German cinemas. In the same year he prepared a stage production of Gounod's "Faust" at the Basel Opera House. In his next film, too, Philipp Stölzl took on a historical theme: "Goethe!" ("Young Goethe in Love") tells of an early, unhappy love of the famous poet.

With the action thriller "The Expatriate" (USA/CNA/BE, 2011) he for the first time directed an international co-production. In the film, Hollywood actor Aaron Eckhart embodies a former CIA agent who is drawn into a large-scale conspiracy. In Germany, however, the film did not make it to cinemas.

In 2012, Stölzl directed "Der Medicus", a lavish adaptation of Noah Gordon's bestseller "The Physician", about the eventful journey of a prospective medical student in the 11th century from England to Persia. The film, produced by Nico Hofmann, was released at the end of 2013.

After this Stölzl worked in theatre again. After having staged operas and operettas in earlier years, Stölzl realized his first play "Frankenstein" at the Theater Basel in 2014. In 2015 he directed a three-part adaptation of Karl May's "Winnetou" for television, which was broadcast at Christmas 2016. The following year he produced the opera "Andrea Chénier" at the Bavarian State Opera.

At the end of April 2018, Stölzl began shooting his next feature film, "Ich war noch niemals in New York", an adaptation of the successful musical of the same name. Before the film's theatrical release in autumn 2019, he staged Giuseppe Verdi's opera "Rigoletto" at the Bregenz Festival 2019, which was recorded to be broadcast on TV.

Stölzl's next feature film is an adaptation of Stefan Zweig's novel "Schachnovelle" (2020).