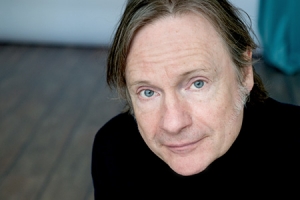 Michael Wittenborn was born in Bielefeld on May 31 1953. He studied acting at the Otto-Falckenberg-Schule in Munich and subsequently performed at the Wuppertaler Bühnen, the Staatstheater Hamburg and at the Theater Basel. Between 1993 and 2000, he was a company player at the Deutsche Schauspielhaus in Hamburg, followed by stints at the Münchner Kammerspiele (until 2004) and the Burgtheater in Vienna (until 2007). From 2007 until 2013, Wittenborn was a company player at the Schauspiel in Cologne, before returning to the Deutsche Schauspielhaus in 2013.

In addition to his stage career, Wittenborn has been appearing in TV and movie productions since the early 1980s. He guest-starred in several TV shows and miniseries like "Der große Bellheim" and "Der Schattenmann". He also had a recurring role in the popular crime drama "Der Dicke" and starred opposite Martina Gedeck in the acclaimed TV comedy "Halbe Hundert" (2012).

On the big screen, he played supporting roles in "Ein Freund von mir" (A Friend Of Mine") (2006), Christian Petzold's "Yella" (2007) and Andres Veiel's "Er wenn nicht wir" ("If Not Us, Who") (2011). 2014 was a busy film year for Wittenborn, who appeared in Dominik Graf's period piece "Die geliebten Schwestern" ("
Beloved Sisters"), Benjamin Heisenberg's "Über-Ich und Du" ("Superegos") and "Stromberg – Der Film". The same year also saw him co-starring with Heiner Lauterbach and Gisela Schneeberger in the comedy "Wir sind die Neuen".