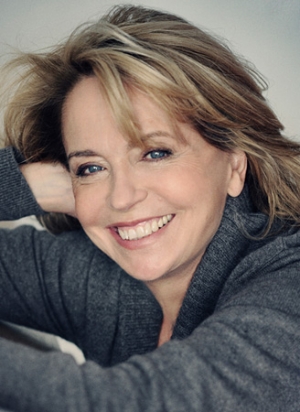 Gisela Schneeberger was born in Dollnstein on October 3 1948. She was raised in Munich, where she graduated from school and began studying psychology. In 1971, she pursued her true career dream and enrolled in the acting class at the Otto-Falckenberg-Schule, which she completed in 1974. Between 1975 and 1978, Gisela Schneeberger performed at the Schiller-Theater in Berlin, after which she formed a now legendary comedy trio with satirist Gerhard Polt and her husband Hanns Christian Müller: From 1979 until 1988, they made the TV series "Fast wia im richtigen Leben", a scathing satire of German everyday life, which starred Polt and Schneeberger and was directed by Müller. The acclaimed series was very popular and made Schneeberger a household name in Germany.

She made her feature film debut opposite Gerhard Polt in the tragicomedy "Kehraus" (1983), which was directed by Hanns Christian Müller and went on to win numerous accolades, including the German Film Award. In 1988, the trio presented a follow-up with the satire "Man spricht deutsh", which also was a box-office success. "Langer Samstag" (1992), Schneeberger's third film under Müller's direction, received mixed reviews. In 1993, Schneeberger and Müller separated.

During the following years, Gisela Schneeberger continued to be a prolific film and television actress, appearing in Doris Dörrie's "Bin ich schön?" ("Am I Beautiful?", 1998), Markus Imboden's "Frau Rettich, die Czerni und ich" ("Mrs. Rettich, Czerni and Me", 1998), Rainer Kaufmann's "Kalt ist der Abendhauch" ("Cold is the Breath of Evening", 2000) and Simon Verhoeven's "100 Pro" (2001) . She eventually reunited with Polt and Müller for the historical comedy "Germanikus" (2004), but the film failed at the box-office and got generally unfavourable reviews.

Schneeberger won the 2006 German Television Award for Best Supporting Actress for her performances in Matti Geschonneck's "Silberhochzeit" (2006) and Vivian Naefe's "Leo". After playing Karl Valentin's long-time romantic partner Gisela Royes in Jo Baier's "Liesl Karlstadt und Karl Valentin" (2008), she starred in Vivian Naefe's drama "Mit einem Schlag" (2008), for which she was nominated for both the Bavarian and the German Television Award.

The successful theatrical release "Eine ganz heiße Nummer" had Schneeberger playing a struggling small-town shop owner who opens up a telephone sex-line with two female friends. In 2013, Gisela Schneeberger was awarded the Bayerische Verdienstorden, the highest civil commendation of Bavaria. The same year, she starred in the TV shows "Im Schleudergang" and "Add a Friend".

For these roles, she received the German Actor's Award for Best Actress in a Comedic Role in February 2014, followed by the Bavarian Television Award in May.

In between, her new feature film started: In "Und Äktschn!" (DE/AT 2014), Schneeberger played a Bavarian innkeeper who wants to help an amateur filmmaker (Gerhard Polt) realize his lifelong dream of a big screen hit.

A big success shortly thereafter was the comedy "Wir sind die Neuen" (2014), in which Schneeberger and two other hippie friends (Michael Wittenborn and Heiner Lauterbach) decide to share an apartment and get into neighborhood conflicts with stuffy students.

In the next few years Schneeberger appeared primarily in television productions. For example, as the wife of the title character in the satire "Die Udo Honig Story" (2015), as a lonely chambermaid in Jo Baier's "Bergfried" (AT/DE 2016), a mountain village story set against the backdrop of the Nazi massacre at Sant'Anna di Stazzema on August 12, 1944; and as a woman suffering from Alzheimer's disease in "Für dich dreh ich die Zeit zurück" (2017). In the series "Das Pubertier" ("Teenosaurus Rex", 2017) she was the grandmother of the young main character.

On the big screen, she was seen in the social drama "Eine unerhörte Frau" ("The Unheard Woman", 2016) and in "Eine ganz heiße Nummer 2.0" (2019). Also in 2019, she was honored with the Film Award of the City of Munich for her lifetime achievement.

In the tragicomedy "Lang lebe die Königin" (2020), which starred Hannelore Elsner, who died during the shooting in April 2019, the renowned actresses Schneeberger, Iris Berben, Judy Winter, Eva Mattes and Hannelore Hoger took over Elsners role in different scenes to pay tribute to her.

The Bavarian provincial comedy "Beckenrand Sheriff," starring Gisela Schneeberger in a signature role as a bureaucratic small-town mayor, was released in late summer 2021.