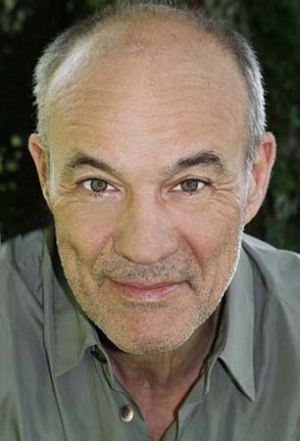 Heiner Lauterbach, born April 10, 1953, in Cologne, worked as an installer before attending private actor's training. Lauterbach became a cast member in 1971 and performed in plays by Sartre and Camus. From 1975 to 1977, Lauterbach played his first movie parts in "Schulmädchenreport 9-11" ("Schoolgirl Report 9-11"). He was also the German dubbing voice of Richard Gere and Jack Nicholson.

Lauterbach made his break-through performance as a husband who is cheated on in "Männer" ("Men", 1985), which won Deutscher Filmpreis. Furthermore, he played a movie producer modelled on Bernd Eichinger in "Rossini" (1997), a professor of sociology in "Der Campus" ("Campus", 1998), and Erich Pommer in "Marlene" (2000, alongside his then-wife Katja Flint in the leading role). On TV, Lauterbach was often cast as the "tough guy" and played title roles as a detective in "Faust" (1993-1996) and as Axel Springer in "Der Verleger" (2000). He also appeared in some lavish historical productions like "Dresden" (2006) or "Die Gustloff" (2008).

In 2009, after a long film break and several roles on theatre stages, Lauterbach had his comeback on the screen as the short-sighted press photographer in Till Schweiger's successful comedy "Zweiohrkücken" ("Rabbit without Ears 2"). Further appearances on the screen followed: as a scientist between reality and virtuality in the Sci-Fi drama "Reality XL" (2012) or as a father who is accused to have raped his own daughter in Vivian Naefe's "Einfach die Wahrheit" (2013).

A rather unconventional role was his character in the 2012 comedy "Vatertage - Opa über Nacht": in contradiction to his usual image as a macho, Lauterbach portrays the gay father of a munich artist. With Til Schweiger's "Schutzengel" ("Guardians", 2012), he found back to his roots - in the action drama he plays a ruthless Mafioso.

After a memorable cameo in Matthias Schweighöfer's box office hit "Schlussmacher" ("Break Up Man", 2012), Lauterbach played a serial killer in the thriller "Ein schmaler Grat" (2013) and a father accused of sexual abuse in the made-for-TV drama "Einfach die Wahrheit" (2013).

He next appeared in the theatrical releases "V8 – Du willst der Beste sein" ("V8 – Start your engines", 2013) and "Der blinde Fleck" ("The Blind Spot", 2013) before playing the German chancellor in the made-for-TV disaster movie Katastrophenfilm "Helden - Wenn Dein Land Dich braucht" (TV, 2013) and a German army officer in the Russian WWII drama "Stalingrad (RU, 2013). Lauterbach went on to co-produce the crime thriller "Harms" (2013), in which he also stars as the titular character, an aging gangster who is released from prison and plans his next coup. Directed by Nikolai Müllerschön, the film premiered at the 2013 Munich Film Festival and was released in June 2014.

Lauterbach joined the cast of the ensemble comedy "Wir sind die Neuen", followed by turns in the fairy tale adaptation "Von einem, der auszog, das Fürchten zu lernen" (2015, TV) and the miniseries "Tannbach – Schicksal eines Dorfes" (2015). After reuniting with "Harms" director Nikolai Müllerschön for the tragicomedy "Letzte Ausfahrt Sauerland" ("Forever Sauerland", 2015, TV), he starred in the acclaimed TV thriller "Meister des Todes" (2015), in which he played the ruthless sales manager of an arms manufacturer. He then appeared opposite Uwe Ochsenknecht in the sports satire "Die Udo Honig Story" (2015, TV), and had major roles in the comedy "Weihnachts-Männer" (2015, TV) and the thriller "Das Programm" (2015, TV). He again worked with Nikolai Müllerschön on the director's 2016 release "Frauen", a comedy about three unlike men who discuss their respective views on women during an eventful car ride. In the same year, he had a leading role in the award-winning comedy "Willkommen bei den Hartmanns" ("Welcome to Germany"), as the father of a dysfunctional family whose wife takes in an African asylum seeker. In "Unter deutschen Betten" (2017), Lauterbach again proved his comedic talent, this time as the vain ex-producer of a worn out pop singer (Veronica Ferres). He also starred alongside Ferres in the romantic comedy "Unzertrennlich nach Verona" (2018, TV).

"Die Saat des Terrors" (2018), an investigative TV film by Daniel Harrich about the entanglements of secret services and terrorists, received a lot of attention. Lauterbach therein played an integral security officer of the German government.

On the big screen he starred in the black comedy "Kalte Füße" ("Cold Feet", DE/AT 2018), as a pensioner tied to a wheelchair, and also as an inscrutable horse breeder in "Immenhof - Das Abenteuer eines Sommers" (DE/BE 2018). A year later, he had a leading role in Marco Kreuzpaintner's crime drama "Der Fall Collini" ("The Collini Case", 2019), as a clever star lawyer and mentor of the main character.