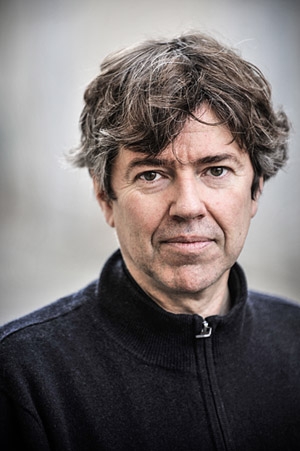 Andres Veiel was born in 1959 in Stuttgart and studied Psychology in Berlin. He then attended seminars in Directing and Dramaturgy at the Artist House Bethanien in Berlin from 1985-1989. Since then, he has been active writing film and theater scripts and lectures at the Free University in Berlin.

His films include: "Winternachtstraum" ("A Winternight's Dream, documentary, 1992), "Balagan" (documentary, 1993) winner of the IFFS Main Prize and the German Film Award in Silver, "Die Überlebenden" ("The Survivors", documentary, 1996) winner of the Main Prize at the International Documentary Film Festival Munich and the Adolf Grimme Award in 1998, the highly-acclaimed "Black Box BRD" ("Black Box Germany", 2001) for which he received the German Film Award for Best Documentary in 2002 and the European Film Award, "Die Spielwütigen" ("Addicted to Acting", 2004), "Der Kick" ("The Kick", 2006) which won the Grand Prix Cinema du Reel, the feature "Wer wenn nicht wir" ("If Not Us, Who", 2011) which screened in Competition in Berlin, and his latest documentary "Beuys" (2017).