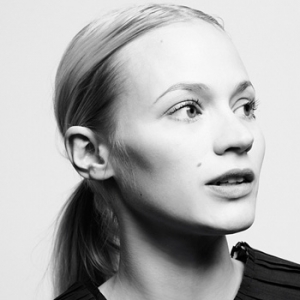 Mavie Hörbiger was born in Munich in 1979. She belongs to a family with a long acting tradition, including her father Thomas Hörbiger and her famous grandfather Paul Hörbiger, as well as her first cousin once removed Christiane Hörbiger and her cousin Christian Tramitz.

Already as a teenager, she acted on TV, and she made her feature film debut with a small part in the comedy "Das merkwürdige Verhalten geschlechtsreifer Großstädter zur Paarungszeit" (1998), followed by a role in Nico Hofmann's thriller "Solo für Klarinette" (1998). After graduating from school, Hörbiger took acting classes in Munich. On stage, she performed at the Theater Basel and the Theater in der Josefstadt in Vienna, and in the 2011/2012 season she became a company player at the Wiener Burgtheater.

In addition to her stage career, Hörbiger continued to appear in film and TV productions. After some supporting roles, she had her breakthrough in Detlev Buck's dark comedy "LiebesLuder" (2000), playing a cunning femme fatale in rural Germany. She received an Austrian Romy-Award for her performance in the TV comedy "Vier Meerjungfrauen" (2001), starred opposite Gérard Depardieu and Sebastian Koch as Queen Marie-Louise of Austria in the period drama "Napoleon" (2001, TV), and played the lively daughter of the titular character in Hark Bohm's two-part TV movie "Vera Brühne" (2001).

After parts in the romantic comedy "100 Pro" (2001) and Nicolette Krebitz' directorial debut "Jeans", she played the friend of an alleged Islamic terrorist in Elmar Fischer's "Fremder Freund" (2003). She next embodied Little Red Riding Hood in Otto Waalkes' fairy tale spoof "7 Zwerge - Männer allein im Wald" (2004), was cast in the role of Lena for Uli Edel's TV adaptation of the saga "Die Nibelungen" (2004), and starred alongside Barbara Rudnik and Karoline Eichhorn in the acclaimed drama "Drei Schwestern: Made in Germany" (2005).

Mavie Hörbiger had a recurring role in the TV sitcom "Arme Millionäre", for which she received a nomination for the Romy-Award. She then displayed her dramatic talent as the wife of an industry tycoon in Carlo Rola's miniseries "Krupp – Eine deutsche Familie" (2009), and as a homicidal psychopath in the thriller "Die Schatten, die dich holen" (2010). This was followed by roles in the crime caper "Kottan ermittelt - Rien ne va plus" (2010), the box office hit "What A Man" (2011) and the "Tatort" episode "Willkommen in Hamburg" (2013) starring Til Schweiger.

After a small, yet memorable turn in "Coming In", Mavie Hörbiger starred as a con artist who unknowingly tries to bluff a contract killer in the 2014 release "Die Einsamkeit des Killers vor dem Schuss".