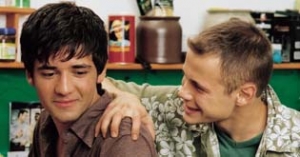 We were friends. Were we?

He doesn’t mention that he’s leaving, says no good-byes. He parties one last time as if there was no tomorrow and the next day simply disappears: Yunes, 22 years old, a process engineering student in Berlin, born in Yemen.

Chris, his German roommate, begins to worry. He remembers their friendship: how they first met in a Turkish grocery shop, the careful approach of two foreign cultures, the discussions about women, the great times with Julia and Nora. In cases when it really mattered, Chris and Yunes were always there for each other.

But there are also things Chris never understood: moments in which pride and anger flared up in Yunes and frightened everybody around him. Times when his thoughts seemed to be infinitely far away. And the changes in his beliefs and his behavior for which there were never any explanations.

Chris starts looking for him. Yunes’ parents in Yemen don’t know anything.
Neither does his ex-girlfriend. He broke off contact with his friends, his Islamic group has disbanded. He remains untraceable.