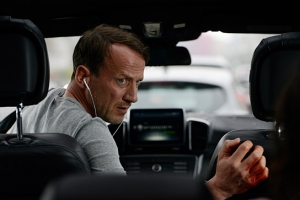 Karl Brendt is the successful owner of a construction company in Berlin. Yet he has enemies: As he drives his children Josefine and Marius to school one morning, his cell phone rings – and an unknown caller says that there is a bomb hidden under Karl's car seat. In order to save himself and his children, Karl has to come up with a ransom. If he doesn’t provide the money in time, the bomb will be set off. The same fate awaits him if he or his kids try to flee. Yet the bomb is not the only problem: Karl's estranged wife Simone mistakenly thinks that he has kidnapped his own children, thus she alarms the police. The latter sends in explosives expert Pia Zach, while Karl enters a desperate race against time and his pursuers.