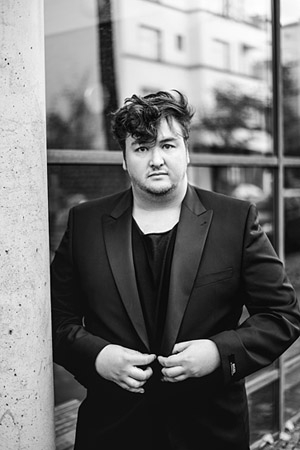 Daniel Zillmann was born in West Berlin on 18th of January 1981. At the age of 19, he had his first appearance on TV in an episode of the series "Achterbahn" (2001). After having played a number of smaller roles in other TV productions, he attended the Special Coaching Actors Studio in Berlin from 2003 to 2005. During this time, he starred in a feature film for the first time, playing a recruit of the National People's Army in Leander Haußmann's comedy "NVA" (2005). He then went on to star in numerous TV and feature films, mostly in supporting roles, but sometimes also as the main character, e.g. in the youth comedy "Schüleraustausch – Die Französinnen kommen" ("French Kissing", 2006, TV) and in Marcus H. Rosenmüller's historical sport film "Schwere Jungs" ("Heavyweights", 2006).

From 2007 to 2010, Zillmann was a regular cast member in the TV crime series "Deadline – Jede Sekunde zählt" and he appeared in an important supporting role as a police officer in the series "KDD – Kriminaldauerdienst" (2007-2008). He starred in prominent roles in Buket Alakuş' road movie "Finnischer Tango" ("Finnish Tango", 2008) as well as in Frieder Wittich's comedy "13 Semester" ("13 Semesters", 2009). In the fairytale film "Die kluge Bauerntochter"(2009, TV) Zillmann played the king's incapable cousin and in Marcus H. Rosenmüller's comedy "Sommer in Orange" ("My Life in Orange", 2011) he was a Bhagavan follower from the Bavarian hinterlands. He also appeared in a noteworthy supporting role as a nurse who supports a young cancer patient in Marc Rothemund's "Heute bin ich blond" ("The Girl with Nine Wigs", DE/BE 2013).

Further important roles were his portrayal of a film buff and best friend in Michael Herbig's "Buddy" (2013) and of a famous artist in Wolfgang Becker's "Ich und Kaminski" ("Me and Kaminski", DE/BE 2015). He starred in numerous other films, e.g. playing a neo-Nazi in Dietrich Brüggemann's satire "Heil" (2015), the leader of the evil football team in "Die wilden Kerle – Die Legende lebt!" ("The Wild Soccer Bunch: The Legend Lives! ", 2016) and a gay outcast in Oliver Hirschbiegel's GDR drama "Der gleiche Himmel" ("The Same Sky", 2017, TV). Lars Kraume cast him as the main character's son in his crime comedy "Der König von Berlin"(2017). In "Rückenwind von vorn" ("Away You Go", 2018), Zillmann played alongside Victoria Schulz in the lead role as the best friend of a woman who reaches a crossroads in her life.

Since 2014, in addition to his work in front of the camera, Daniel Zillmann has regularly been appearing on stage, mainly in plays at the Berliner Volksbühne and at the Deutsches Schauspielhaus Hamburg.