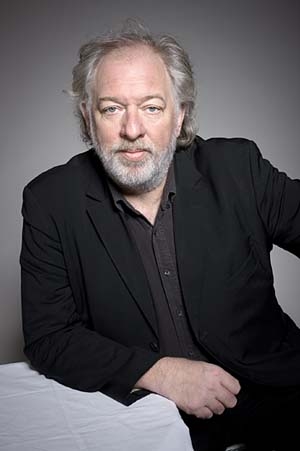 Wolfgang Becker was born in 1954 in Hemer/Westphalia and studied German, History and American Studies at the Free University in Berlin. He followed this with a job at a sound studio in 1980 and then began studies at the German Film & Television Academy (dffb). He started working as a freelance cameraman in 1983 and graduated from the dffb in 1986 with "Butterflies" ("Schmetterlinge"), which won the Student Academy Award in 1988, the Golden Leopard at Locarno and the Saarland Prime-Minister's Award at the 1988 Ophuels Festival Saarbruecken. He directed the "Tatort"-episode, "Blutwurstwalzer", before making his second feature "Children's Games" ("Kinderspiele", 1992), the documentary "Celibidache" (1992), and the Berlinale competition features "Life is All You Get" ("Das Leben ist eine Baustelle", 1997), and "Good Bye, Lenin!" (2003).

Ten years after the worldwide success of "Good Bye, Lenin!", Becker started production on a new feature length film. Based on the novel by Daniel Kehlmann, "Ich & Kaminiski" is the story of journalist who takes an old and blind artist on an eventful trip through Europe.