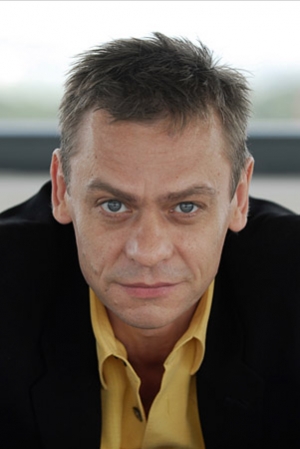 Besides his theatre work, Groth starred in numerous movie and TV productions from the early 1980s on. Groth made his breakthrough performance as an innocently persecuted prisoner of war in Frank Beyer's drama "Der Aufenthalt" ("The Turning Point", 1982). During his career, Groth has proven to be a versatile and intense actor: He starred as a Stasi spy in Hermine Huntgeburth's TV-Drama "Romeo", as poet Clemens Brentano in "Requiem für eine romantische Frau" ("Requiem for a Romantic Woman"), as sex education revolutionary Oswald Kolle in "Kolle – Ein Leben für Liebe und Sex", or as Joseph Goebbels in Dani Levy's comedy "Mein Führer".

Two years later, Groth played the same role in Quentin Tarantino's film "Inglourious Basterds" – and pushed his satirical performance even further. Groth's next role was a bit more realistic: Alongside Henry Hübchen, he played a fairly snobby film director who has an affair with the ex-girlfriend of his ageing star in Andreas Dresen's film "Whisky mit Wodka" ("Whisky with Vodka", 2009).

Over the following years, Groth acted in top-class TV productions like the highly praised comedy "Keiner geht verloren" (2010) where he portrayed a stranded actor or the biopic "Beate Uhse – Das Recht auf Liebe" (2011) in which he played a (fictitious) attorney trying to prosecute the sex toy entrepreneur Uhse.

As a supporting actor in the role of a Stasi officer he featured in the friendship drama "Wir wollten aufs Meer" ("Shores of Hope", 2011) and he could also be seen in the screen adaptation of the best seller "Frisch Gepresst" ("Freshly squeezed", 2012) where portraying a sophisticated lingerie salesclerk he demonstrated once more his talent for satirical caricature. No less convincing was his personification of a journalist with a history in the Red Army Faction in "Das Wochenende" ("The Weekend", 2012), a film based on a novel by Bernhard Schlink. His performance as a cynical SS-colonel in the controversial two-part TV feature "Unsere Mütter, unsere Väter" (2013) was equally impressive.

In "Zum Geburtstag" ("A Pact", 2013), Groth is starring as another menacing character: He portrays an unpredictable ex-classmate threatening a happy family man's existence.