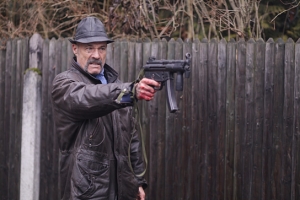 After serving a 16-year sentence, Harms is released from prison and returns to his hood. Far from being reformed, he goes right back into business: Gathering his old companions, among them gangster Menges and hooker Jasmin, he plans his next spectacular coup: He wants to rob the federal bank with the help of an insider who used to be a board member. Harms meticulously prepares himself for the heist, yet on the day of the robbery, things don't go down as planned.