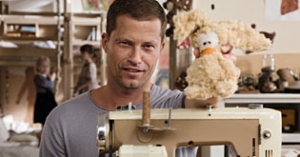 The film is the sequel to "Keinohrhasen" ("Rabbit Without Ears"), one of the most successful German films in 2007. Its story starts two years after the end of the first part. Ludo and Anna are still living as a couple – but in the meantime the daily routine has become part of their relationship. To put it in other words: their relationship has become somewhat boring. Now, of all times, Ludo′s former lover appears. Although she pretends to come off as inoffensive, she shamelessly makes a pass at Ludo. Unsurprisingly, Anna′s reaction is jealousy. But because of Anna′s jealousy, Ludo makes the case for more freedom in their relationship – until Anna′s former boyfriend Ralf appears and Ludo suddenly starts to dislike his own idea of more freedom in their relationship.

Filmplakat
Portrait of Til Schweiger in "German Films Quaterly"