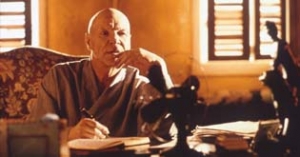 After the Truth
One of the greatest challenges the legal system has ever faced. Dr. Josef Mengele, one of the most wanted Nazi war criminals turns himself in to the authorities to tell his "truth" to the world. A battle between conscience and evil... It′s one thing to judge Josef Mengele from the standpoint of history, to demonize him basing solely on the documentation of his inhuman and horrible medical experiments. After The Truth presents us with Mengele′s hypothetical trial, which forces us to review that judgment.

The responsibility of our sense of right and wrong is mirrored in the film by the attorney Peter Rohm, whose idealistic belief in the legal system conflicts heavily with his emotional resistance to defending such a monster. The viewer is presented with Josef Mengele the man, flesh and blood, and must hear him out as he quite emotionally and rationally states the reasons for his work.

As Mengele′s testimony proceeds, the indignation of our conscience is aroused, yet we cannot help but perceive him as human, like ourselves, with passions and a purpose. To defend himself is his legal right and we must listen, somehow impartially. Is it possible he can convince us of his innocence? At the very least the viewer must consider the man, monster or not ...and his motives.