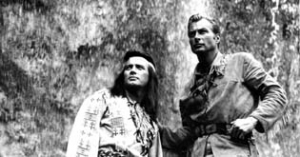 This film is the first film in a series of enormously successful Karl May films of the 1960s. White trapper Old Shatterhand and his companions pursue a group of criminal treasure hunters led by Cornel Brinkley. The brave westerners are supported in their fight against the unscrupulous gang by Winnetou, the chief of the Apache Indians. On his hunt for the treasure of Silver Lake, Brinkley instigates the Utah Indians. It takes a duel between Old Shatterhand and the chief of the Utah Indians to bury the hatchet before they can further pursue the villains to the Silver Lake.