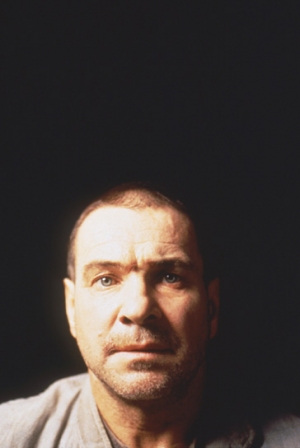 In 1924 - when Friedrich Wilhelm Murnau′s "The Last Laugh" is made, Thomas Mann′s "The Magic Mountain" appears, and Adolf Hitler is charged in Munich with high treason - a criminal case in Hannover causes a stir among the German public. The businessman Fritz Haarmann admits to having killed 24 young men and having cut up their bodies. He rejects the accusation of cannibalism. The psychiatric report, which is to clarify the question of Haarmann's soundness of mind, is commissioned from Professor Dr. Ernst Schulze. In August 1924, six weeks of examinations begin in the Provincial Mental Asylum in Goettingen. The conversations are recorded by a stenographer and serve as the basis for this film. The texts are authentically reproduced. The film′s plot takes place entirely in the examination room of Professor Schulze.

The most awful murderer of the 20th century, as Fritz Haarmann was described, inspired artists, writers and film directors like George Grosz and Alfred Hrdlicka, Alfred Doeblin (for the figure of Franz Biberkopf in "Berlin Alexanderplatz") and Fritz Lang (for Peter Lorre′s role in "M").