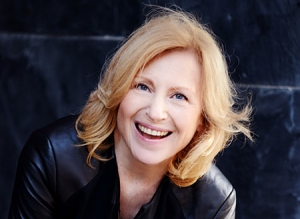 Maren Kroymann was born on July 19, 1949, in Walsrode. From 1967 on, she studied British, American, and Romance language and literature in Tubingen. There, she became a part of the feminist movement and started to perform on stage. In 1971, she moved to Berlin and joined among others the politically committed and satirical Hanns-Eisler-Chor. From 1982 to 1986, Kroymann successfully toured Germany with her solo show "Auf du und du mit Stöckelschuh", a satirical, but careful interpretation of 1950s German pop songs. Following this success, Kroymann played leading roles in the TV series "Oh Gott, Herr Pfarrer" (1988-1989) and "Vera Wesskamp" (1992). But despite her success with several other TV series and TV movies, Kroymann always stuck to political satire. She appeared regularly in political satire shows such as "Scheibenwischer" and "Jonas" and even had her own show, "Nachtschwester Kroymann", from 1993 to 1997.

In 1993, Kroymann made her movie debut in the comedy film "Kein Pardon" with Hape Kerkeling. In the following years, Kroymann starred in several other successful comedy movies. Following small yet memorable turns in Sönke Wortmann's comedies "Das Superweib" ("The Super-Wife", 1996) and "Der Campus" (1998), Kroymann joined the ensemble of Hape Kerkeling's TV sitcom "Gisbert". In contrast to this, she played a police detective in the award-winning TV thriller "Schande" (1999).

After starring in the TV tragicomedy "Durch dick und dünn" (2001), Kroymann became one of the leads of the TV series "Mein Leben & ich" and stayed with the show until 2009. In addition to this, she appeared in the TV production "Der Preis der Wahrheit" (2003), the "Tatort" entries "Bienzle und das Doppelspiel" (2000) and "Bienzle und der steinerne Gast" (2004), and the comedy "Nicht ohne meine Schwiegereltern" (2006).

But with her leading part in Angelina Maccarone's award-winning drama "Verfolgt" ("Hounded"), Maren Kroymann finally proves her dramatic talent as a probation officer who engages in an "amour fou" with delinquent (Kostja Ullmann) who is 30 years younger than her. Her perfomance won Kroymann the German Film Critics Award.

She next played a school headmaster in Dennis Gansel's acclaimed drama "Die Welle"("The Wave", 2008), had a small but crucial supporting role in "Das Fremde in mir" ("The Stranger in Me"), and was part of the ensemble cast of "Umdeinleben" ("Life Time Short", 2008). Kroymann then played the mother-in-law of Christina Ulmen's character in the 2009 bestseller adaptation "Maria, ihm schmeckt's nicht!" ("Maria, He Doesn't Like It!", 2009), and rejoined Hape Kerkeling for the comedy "Horst Schlämmer – Isch kandidiere!" (2009).

Kroymann played the mean-spirited boss of a hairdressing salon in Doris Dörrie's "Die Friseuse" ("The Hairdresser", 2010), and the gynecologist of four teachers hitting menopause in the award-winning miniseries "Klimawechsel" (2010, TV). From 2011 to 2012, she also had a recurring role in the TV crime drama "Flemming". On the big screen, she had supporting roles in Helmut Dietl's satire "Zettl" (2012), the romance "Halbschatten" ("Everyday Objects") and the coming-out drama "Freier Fall" ("Free Fall", 2013).