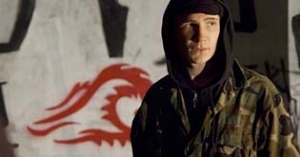 Germany. Today. High school teacher Rainer Wenger begins a week-long project on forms of government in an attempt to help his students understand how a dictatorship can arise. A pedagogical experiment with disastrous consequences. What begins with harmless concepts like discipline and community turns into a regular movement within a matter of days. The name: The Wave. Already on the third day the students begin to exclude and harass anyone who dares to think differently. When the situation begins to escalate during a water polo match, the teacher decides to break off the experiment. Too late. The Wave has long since swept out of control…

In 1967 the liberal-minded teacher Ron Jones carried out the experiment of confronting students with authoritarian conditions resembling fascism in a school in Palo Alto, California. To his astonishment the students reacted enthusiastically to his demands to obey authority. For "The Wave" Dennis Gansel transported the story to a German school in the present. Gansel: "I couldn′t get the story out of my mind. I kept asking myself: Would that be possible today? Is it possible in Germany, where we are so enlightened, where we have learned so much about dictatorships, about the Third Reich? Does that still function today?"