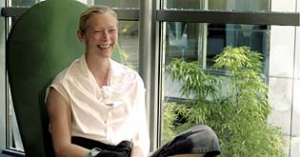 Here′s Looking At You, Boy

This documentary describes the gradual emergence of gay cinema – its filmmakers and its audiences – as a self-confident genre in its own right. The Teddy Award, which celebrated its 20th birthday during the 56th Berlin International Film Festival, has undoubtedly contributed to this new-found confidence. Originating from works such as "Parting Glances" (Bill Sherwood, 1986), "Hairspray" (John Waters, 1988) or "The Adventures of Priscilla, Queen of the Desert" (Stephen Elliott, 1994), the excerpts portrayed in this film are not just milestones of gay and lesbian cinema – they are keyworks of the cinema per se. The cinematic output of directors such as Pedro Almodóvar, Rosa von Praunheim, Ang Lee or Derek Jarman has changed both the face of cinema and our viewing habits. Stars such as Jude Law, Rupert Everett or Daniel Day-Lewis have breathed life into roles that were never seen before on the big screen. In filmed conversations, Stephen Frears, Tilda Swinton, Stephen Fry, Patrice Chéreau, François Ozon, Udo Kier and Gus Van Sant unfold the story of gay cinema over the last few decades. The film′s countless excerpts are shown as dramatised projections at a number of venues, such as the screen of a seedy porn cinema; the long-defunct "Klappe" public toilets in Berlin′s Tiergarten, or the fire wall of a dark parking lot in L.A.