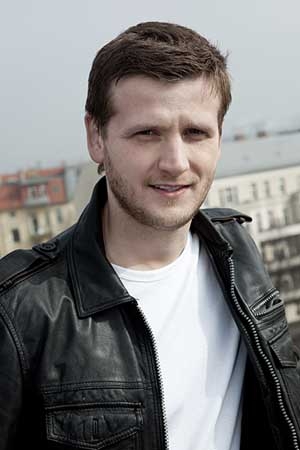 Dennis Gansel was born October 4, 1973, in Hannover. After finishing school and civilian service, he studied directing at the Academy for Television & Film (HFF) in Munich from 1994 until 2000. After shooting several short movies (including "Living Dead", 1997), Gansel directed the television movie "Das Phantom" (2000), a political thriller starring Jürgen Vogel as an investigator. The movie received three Adolf Grimme Prizes as well as the 3sat Viewer's Choice Award.

In 2001, Gansel achieved his first cinema success with "Mädchen, Mädchen!" ("Girls on Top"), a comedy which attracted 1,8 million viewers. The movie tells the story of Victoria, Inken and Lena, three teenage friends who long to experience the pleasure of an orgasm. Gansel achieved another great success with his movie "Napola – Elite für den Führer" ("Napola - Before the Fall", 2004). The screenplay, which he co-wrote with Maggie Peren, won the 2003 German Film Award for Best Unproduced Script. In 2004, the historical drama about a teenage student of an elite Nazi school received the European Cinema Platinum Award as Best Film in Viareggio as well as the Audience Award at the Hamptons International Film Festival.

Gansel's next film, "Die Welle" ("The Wave", 2008), was based on the novel of the same title by Morton Rhue, which in turn was inspired by true events in the United States in 1968. The movie describes how a high school teacher's unusual experiment to demonstrate the liability to fascism spins horribly out of control. The movie entered the "World Cinema Dramatic Competition" at the Sundance Film Festival 2008.

In his next film, the sombre drama "Wir sind die Nacht" ("We Are the Night", 2010) he sends Nina Hoss, Anna Fischer, Jennifer Ulrich and Karoline Herfurth as female vampires on a trip through the modern Berlin. 2012 saw the release of his political thriller "Die vierte Macht", for which Gansel also wrote the screenplay.

He next made his international debut with the US-French action film "Mechanic: Resurrection" (2016), starring Jason Statham, Jessica Alba and Tommy Lee Jones. Back in Germany, he helmed the live-action adaptation of Michael Ende's beloved children's book : "Jim Knopf und Lukas der Lokomotivführer" ("Jim Button and Luke The Engine Driver", 2016-2018), before joining colleagues Dani Levy, Til Schweiger and Peter Chelsom as one of ten directors contributing to the omnibus film "Berlin, I Love You".