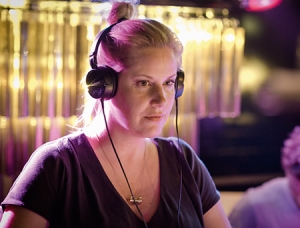 Anika Decker was born in Marburg on August 1 1975. She studied literature in Munich before eventually taking a job in a production company and starting out in the film business. She garnered first-hand experience working in different departments, including stints as line producer and script supervisor, and completed an apprenticeship as TV producer in Cologne. Decker was part of the production staff of the reality format "Big Brother", worked on screenplays for the telenovela "Tessa - Leben für die Liebe" (2005/2006), and was author of a sex column in a skateboarding magazine.

By chance, she made the acquaintance of Til Schweiger, who hired her as a co-author for his comedy "Keinohrhasen" ("Rabbits Without Ears", 2007). With over six million admissions, the film turned out to be a tremendous box-office success and garnered numerous accolades, including the Ernst-Lubitsch-Preis, the Deutsche Comedy-Preis and the audience award at the Bavarian Film Awards. The sequel "Zweiohrküken" ("Rabbits Without Ears 2", 2009), again written by Decker and Schweiger, also became a popular hit with over four million admissions.

Decker went on to win the Austrian Film Award "Romy" for her screenplay to Detlev Buck's "Rubbeldiekatz" ("Woman in Love", 2011), a comedy about a man disguising himself as a woman set in the film industry.
In 2015, Anika Decker made her debut as writer-director with the feature film comedy "Traumfrauen", which revolves around the romantic adventures and mishaps of four unlikely female friends.