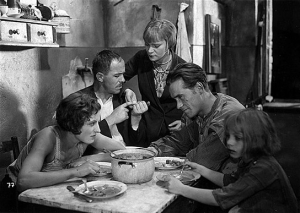 Gerhard Bienert, born January 8, 1898, in Berlin, finished school in 1916 and served as a dragoon in World War I. In 1918, he started to study philosophy. Furthermore, in the middle of 1919, Bienert attended drama school at Berlin"s Deutsches Theater. At first, he started out as an extra, then appeared in supporting roles, and eventually moved up to play the follow-up cast at Städtisches Schauspielhaus and at Reinhardt Bühnen. In 1928, he formed the collectively managed "Gruppe junger Schauspieler" with Hans Deppe, Reinhold Bernt and others, that mainly performed socially critic plays and also toured Germany.


In 1923, Bienert started his movie career, at first as an extra, and from the mid-1920s on in larger roles, especially in realistic films, for instance as a sleeping guest and pimp in "Mutter Krausens Fahrt ins Glück" ("Mother Krause"s Journey to Happiness", 1929), and as plumber Karl in "Berlin Alexanderplatz" (1931), both directed by Phil Jutzi. Bienert then played numerous supporting roles in early sound films, for instance in Sternberg"s "Der blaue Engel" ("The Blue Angel", 1930) and Lang"s "M" (1931) and "Das Testament des Dr. Mabuse" ("The Testament of Dr. Mabuse", 1933), but was also seen in military comedies and nationalist films such as "Morgenrot" ("Dawn", 1933). Most often he portrayed police officers or other pubic servants, but also workers and crooks.

After the war, Bienert became a cast member of Deutsches Theater Berlin and made a name as a comedian and a character actor. He also made guest performances at Bertolt Brecht"s Berliner Ensemble. From 1948 on, Bienert starred in numerous DEFA films and productions of the GDR television, such as Kurt Maetzig"s "Ernst Thälmann – Sohn seiner Klasse" (1954), or the Lessing adaption "Emilia Galotti" (1957). Bienert played the father in "Effi Briest" (1969), as well as the leading role of Johann Hardekopf in the three-part TV movie "Verwandte und Bekannte" (1971). Bienert was also allowed to perform in West Germany.