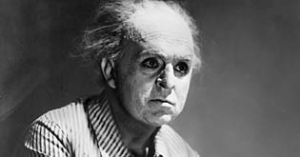 The Testament of Dr. Mabuse

Professor Baum, psychiatrist and owner of a nerve clinic, gives lectures about his favorite subject - the brain of the former hypnotist and counterfeiter Dr. Mabuse, who now resides in an asylum and spends his days creating elaborate ways of throwing the world into an abyss of terror. His plans are carried out by one of Professor Baum′s employees. The police inspector Lohmann investigates the cases but remains powerless, until one day he receives a tip which leads him to the name Dr. Mabuse. Lohmann discovers that Mabuse is already dead, but the crimes continue. A string of clues then leads him back to Professor Baum, who has planned an attack on a chemical factory. At the last minute, Lohmann is able to prevent a catastrophe. The police follow Baum back to his clinic and find him in Mabuse′s old room, destroying all of his plans and instructions.