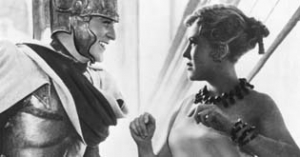 In the ancient world, the armies of Thebes and Boetia are engaged in a fierce battle. Desperate, Alkmene, the wife of Theban commander Amphitryon, prays to Jupiter, hoping he might turn the tide of war in Thebes′ favour. But Jupiter is much more interested in seducing the young woman: Assuming the identity of her husband, he descends upon Earth – accompanied by Mercury, messenger of the gods, who also disguises himself as a mortal – and recklessly causes confusion both romantic and dramatic at Amphitryon′s home. Finally, the divine intervention of Jupiter′s godly spouse Juno ends the chaos and reconciles those who truly belong together.