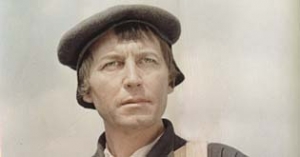 In 1523, young Thomas Müntzer arrives with his wife Ottilie in the Thuringian village Allstedt to assume the rectorate. As a follower of Luther′s teachings, he finds in the Bible not only reasons for clerical, but also for secular reforms. But when Luther turns away from the rural population after a discord with Müntzer, it is Müntzer who becomes the peoples′ spokesman. He is forced to go to Southern Germany, where he convenes with revolting farmers. But his way leads him back to Thuringia. In 1525, he and Heinrich Pfeiffer form the centre of the Thuringian peasant uprising in Mühlhausen, but their success is diminished by the fact that peasants and craftsmen don′t seem to be able to work together. In Frankenhausen, Müntzer becomes the leader of a peasants′ army that is set to fighting the ruler′s army – and sustains a devastating loss. Müntzer is arrested and sentenced to death by decapitation for his insurgency.