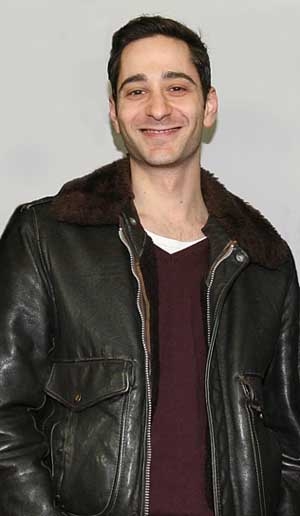 At the premiere of "Rubbeldiekatz" on December 1, 2012 in Hamburg

Denis Moschitto, born June 22, 1977, in Cologne, did not attend any actor's training before he made his movie debut in 1999 in Rolf Schübel's "Gloomy Sunday". In the following years, Moschitto was mainly seen in youth films and "coming of age" movies such as "Schule" ("No More School", 2000) or "Nichts bereuen" ("No Regrets", 2001), where the son of an Italian father and a Turkish mother most often appeared as the cunning Italian or Turkish sidekick to the main protagonists. He also impressed critics and movie goers alike with his portrayal of DAF singer Gabi Delgado in "Verschwende deine Jugend" ("Play It Loud!", 2003).

One year later, Moschitto played his first leading role in the comedy "Süperseks" as a Hamburg-based Turk who sets up a phone sex hotline for fellow countrymen. Moschitto then played another leading role in a comedy as a wannabe star movie director in Anno Saul's film "Kebab Connection". The drama "Chiko", produced by Fatih Akin, features Moschitto as a small-time gangster from Hamburg who wants to get "to the top" by all means, a performance that might become his breakthrough. Although the film was very well received by critics and Moschitto was especially lauded for his performance, which also garnered him a nomination for the German Film Award, he continued to appear mostly in memorable supporting roles in films like "1 1/2 Ritter – Auf der Suche nach der hinreißenden Herzelinde" (2008), "Zweiohrküken" (2009) and "Almanya – Willkommen in Deutschland" (2011).

Besides his work as an actor, Moschitto is the co-author of the computer books "Hackerland" and "Hackertales" and a musician with the bands "Scoopex" and "Shining-8".