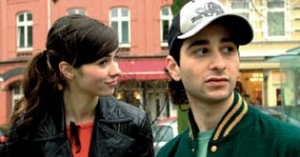 Ibo, a chaotic but creative Turk from the Hamburg “hood”, idolizes Bruce Lee and wants to go down in history as the maker of the first German kung fu film. Since his ambition is rivalled only by his lack of experience, he has to begin on a small scale. He makes a commercial spot for his uncle Ahmet’s floundering döner joint, all the while trying to prove his skill at making martial arts films. His uncle hates the spot, but it is a huge success. The King of Kebab overflows with customers and Ibo is celebrated as the new Spielberg.

Ibo has just about digested this victory when his girlfriend Titzi tells him she is pregnant. In his confusion, he doesn’t react in the right way and she kicks him out. Worse still, his father Mehmet can’t stand the thought of the mother of Ibo’s child not being Turkish, so he throws him out of his beloved family home. Now his creativity is really called for. But he falls into a state of lethargy, and his second spot for his uncle is a catastrophe. Moreover, his uncle’s greatest rival, a Greek (!), wants Ibo to make a spot for his fast food place. But all Ibo wants is his old life back gain: his girlfriend Titzi, his father Mehmet – and maybe a call from Hollywood.

Producer Ralph Schwingel had the idea of filming an early story he heard from Fatih Akin ("Head On"). Anno Saul ("Green Desert") was hired to direct, and the result is this original Culture Clash comedy from a vibrant quarter in Hamburg.