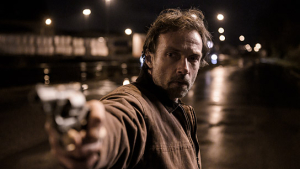 Frank, a man without a criminal record, attacks a money transporter and then turns himself in to the police. His behavior is a mystery. In prison he meets the unscrupulous and suspicious Fuad, who is protected by his clan. To get closer to him, Frank intervenes in the insider drug business and gets caught between the rival German and Arab inmates. The only person with whom Frank is able to build a relationship of trust and form an emotional bond is one of the guards, Susanna. What he does not know: she is part of Fuad’s business and is having a sexual relationship with him. But what only Frank knows is that his wife and his daughter died in a car accident. Fuad was the hit-and-run driver and has gone unpunished. Frank seeks revenge.