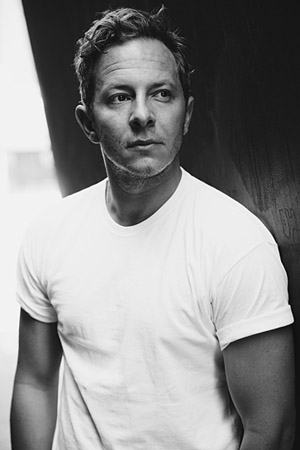 Trystan Wyn Pütter was born on 11 December 1980 in Frankfurt am Main. He studied performing arts at the Max Reinhardt Seminar in Vienna. He played his first film role in 2004 in the friendship story "Hastig werden wir leiser", followed by a supporting role in Ulrich Köhler's "Montag kommen die Fenster" ("Windows on Monday", 2004-2006). In 2005 Pütter became an ensemble member at the Theater am Goetheplatz in Bremen. In 2007 he transferred to the Berliner Volksbühne, where he worked with Frank Castorf, Mitko Gotscheff and René Pollesch until 2016.

In addition to his theatre work, Pütter has also been regularly appearing in cinema and television productions. In "Hilde" (2009) he played Kurt Hirsch, the Jewish husband of Hildegard Knef (played by his later partner Heike Makatsch). In "Almanya - Willkommen in Deutschland" ("Almanya: Welcome to Germany", 2011) he was the secret British friend of the main character Canan. He belonged to the ensemble of Brian De Palma's Berlin thriller "Passion" (DE/FR/GB 2012) as an advertiser and played in Stefan Schaller's "5 Jahre Leben" ("5 Years", 2012) about the fate of Murat Kurnaz. In Julia von Heinz' romantic comedy "Hannas Reise" ("Love Israel", 2013) he was the friend of the main character.

On television he was seen in a supporting role in the controversial Second World War three-parter "Unsere Mütter, unsere Väter" ("Generation War", 2013) and as a villainous count's son in the period drama "Das goldene Ufer" (2015). Pütter had a central role as the mysterious director of a fertility clinic in "Dein Name sei Harbinger" (2017), a feature-length episode of the crime series "Tatort", and in the three-parter "Ku'damm 56" (2016), as dance partner and love of the main character Monika (he also played this part in the sequel "Ku'damm 59", 2018). In the multiple award-winning movie "Toni Erdmann" (DE/AT) he had an important role as a colleague and lover of Sandra Hüller's main character.

Pütter also played other important parts as a brutal brothel operator in the TV series "Parfum" (2018) and as the son of the title character (Iris Berben) in Dominik Graf's "Hanne" (2018, TV). He was an arrogant public prosecutor in the TV thriller "Kühn hat zu tun" (2019) and a Swiss industrial lawyer in the series "Eden" (2019).

On the big screen Pütter played a commissioner in the children's film "TKKG" (2019); in Christian Alvart's thriller "Freies Land" ("Free Country", 2019) he impersonated an investigator who investigates the disappearance of two sisters in the East German province of 1992.