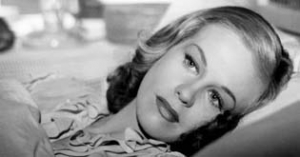 Hildegard Frieda Albertine Knef was born in Ulm on December 12, 1925 but grew up in Berlin. After attending school in the district of Schöneberg, she started training as an animation artist at the Ufa studios, later transferring to the Federal Film School Babelsberg. From 1944 on, she was cast in small roles in Ufa productions. After the war, Knef primarily worked as a stage actress in Berlin, before she got her first major screen role in 1946, playing a former concentration camp inmate in Wolfgang Staudte's drama "Die Mörder sind unter uns", the first German feature film to be produced after the fall of the Nazi regime.

In 1948, Knef was named Best Actress at the Locarno Film Festival for her performance in Rudolf Jugert's "Film ohne Titel". After marrying American Army officer Kurt Hirsch, she permanently moved to the US for three years (1947-50), working under the stage name Hildegarde Neff.

Between 1954-65, Knef enjoyed a spectacular success as Ninotchka in the Broadway production of Cole Porter's musical "Silk Stockings". At the same time, her sometimes harsh beauty, which radiated both eroticism and confidence, made her a star in the post-war cinema of West-Germany. Her very brief – and compared to today's standards very tame – nude scene in Willi Forst's "Die Sünderin" caused a public uproar and turned the film into a box-office hit. Legendary producer Erich Pommer cast her in several features directed by Rudolf Jugert, and in 1959, Knef won a German Film Award as Best Supporting Actress for her performance in Josef von Baky's "Der Mann, der sich verkaufte".

Meanwhile, her international career also flourished, taking her to the States, France and Great Britain. In the early 1960s, she returned to do theatre work in Berlin. French director Claude Chabrol cast her for "Landru", and Wolfgang Staudte gave her the role of Pirate Jenny in Brecht's "Die Dreigroschenoper" (Three-Penny-Opera). From 1963 onwards, Knef pursued a parallel career as a distinguished and unique singer and songwriter, and her chansons about her beloved home town Berlin became immensely popular.

Although now even more successful as a music artist, she continued to act in movies: She won an Actor's Award at the International Film Festival in Karlovy Vary for her performance in Alfred Vohrer's "Jeder stirbt für sich allein" (1965), and received another German Film Award for her lifetime achievement and her contribution to German cinema in 1977. The same year, she appeared in the German-American production "Fedora", which was directed by Billy Wilder.

After a disappointing world tour in 1982, she retreated to Hollywood, but eventually returned to Berlin in the early 1990s. From time to time, she appeared in small cameos in feature films and became a regular on German Television.

Over the years, Hildegard Knef suffered from several severe health problems. She candidly talked about her private condition in public and published several books, the most famous probably her autobiography "Der geschenkte Gaul", which was published in 1970 and became a huge bestseller.

After suffering from a severe case of pneumonia, Hildegard Knef died in Berlin on February 1, 2002.