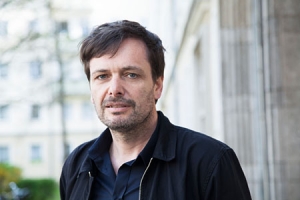 Ulrich Köhler was born in Marburg/Lahn on 15.12.1969. After a number of sojourns in various countries abroad, he spent two years (from 1989-91) studying art in Quimper in France. He took up studies in philosophy in Hamburg and subsequently attended the faculty of Visual Communications at Hamburg College of Fine Arts, where he graduated in 1998. He made five short films before directing his feature film debut, "Bungalow", which was shown in the Panorama section of the Berlinale in 2002. This film received the German Film Critics' Award and several other prizes at festivals at home and abroad.

His follow-up "Montag kommen die Fenster" premiered in the Forum section of the 2006 Berlin IFF. Alongside filmmakers like Christoph Hochhäusler, Benjamin Heisenberg, Valeska Grisebach and Köhler's companion in life Maren Ade, he is often seen as part of the so-called "Berlin School" of filmmaking. His third feature film "Schlafkrankheit" was selected for the competition of the 2011 Berlin International Film Festival, where Köhler won the Silver Bear for Best Director.

In spring 2016, he started shooting his next film: "In My Room" portrays a man who wakes up one morning to suddenly find the world devoid of people. In 2018, the film celebrated its premiere in the Un Certain Regard section at the Film Festival in Cannes. In the same year, Köhler co-directed "Das freiwillige Jahr" with Henner Winckler, a film that tells the story of a single father and his daughter.