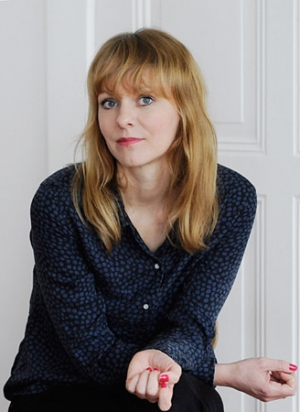 Maren Ade was born in Karlsruhe on December 12 1976. After already making short films as a teenager, she enrolled at the film academy HFF Munich in 1998 and successfully graduated in 2004. Shortly after beginning her studies, she founded the production company Komplizen Film in 1999 together with fellow student Janine Jackowski, with whom she also realised her first short films. Her final student project – and her first feature-length film – "Der Wald vor lauter Bäumen" ("The Forest for the Trees") premiered at the 2003 Hofer Filmtage. The psychologically intense drama about a hapless high school teacher, played by Eva Löbau, got universally positive reviews and went on to garner several accolades, including the Special Jury Award of the Sundance Film Festival and the award for Best Feature Film of the Cine Jove Valencia Film Festival. Moreover, the film received a nomination for Best Feature Film at the 2005 German Film Awards.

Ade's sophomore feature as writer-director "Alle Anderen" ("Everyone Else"), a subtle and relentless drama about a declining relationship, premiered in the competition of the 2009 Berlin IFF, which awarded the film the Silver Bears for Best Director and Best Female Actor (Birgit Minichmayr). Hailed by critics, "Alle Anderen" got three nominations at the German Film Awards, and enjoyed a very positive reception abroad.

In summer 2014, principal photography for Maren Ade's third feature film as producer, writer and director began in Aachen and Bucharest: "Toni Erdmann" portrays the complicated relationship of an aging, hippie bohemian (Peter Simonischek) and his estranged daughter (Sandra Hüller), an ambitious corporate consultant. Already before its release, Maren Ade's film made positive headlines: The Cannes IFF 2016 invited "Toni Erdmann" to its prestigious competition, where the film was praised by audience and critics alike. Contrary to expectations, it didn't win a Golden or Silver Palm, but it was awarded the Prize of the International Film Critics Association.