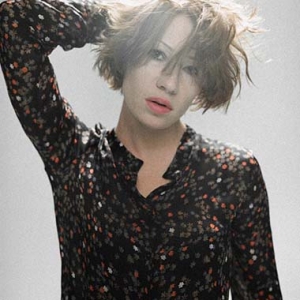 Birgit Minichmayr, born April 3, 1977, in Linz, Austria, attended actor's training at Vienna's Max-Reinhardt-Seminar after finishing school. After her graduation, she immediately got an engagement at Vienna's famous Burgtheater where she made her stage debut in 1999 in the role of a prostitute in Schnitzler's "Reigen" ("La Ronde"). One year later, she received the theatre award Nestroy prize as "Best young talent"; in 2004, she won the Nestroy prize as "Best actress" for her performance in the role of Medea in the Burgtheater production of "Das goldene Vlies".

Minichmayr was a cast member of Burgtheater until 2004. After a leading role in Frank Castorf's production of "Gier nach Gold" at Ruhrfestspiele, she became a cast member of Volksbühne Berlin in the 2004/05 season. From 2007 on, Minichmayr who lives alternately in Berlin and in Vienna, was again seen in productions of classic plays like "King Lear" or "Macbeth" at Vienna's Burgtheater.

In 2000, Birgit Minichmayr made her debut on the movie screen in the role of Bertolt Brecht's daughter in Jan Schütte's film "Abschied – Brechts letzter Sommer" ("The Farewell"). The following year, she played a key supporting role as a stenotypist of the Furtwängler interrogations in "Taking Sides". Still in 2001, she was named the Austrian "Shooting Star" at the Berlinale film festival. During the following years, Minichmayr appeared in several movie and TV production besides her theatre work. In her films, Minichmayer has always made the impression that her choice of roles was informed by artistic reasons and representational challenges.

In 2009, Minichmayr played leading roles in two films that could not be any more different from each other: Wolfgang Murnberger's pitch-dark, macabre comedy "Der Knochenmann" ("The Bone Man") and Maren Ade's award-winning relationship drama "Alle Anderen" ("Everyone Else"). For her performance in Ade's film, Minichmayr won the award as "Best actress" at the 2009 Berlinale.

She again got rave reviews for Matthias Glasner's drama "Gnade", which premiered in the competition of the 2012 Berlin IFF: Minichmayr plays an emigrant, whose fragile marriage changes unexpectedly when she commits a fatal hit-and-run offense in Norway. For this role she received nominations at the Deutscher Filmpreis as well as the Deutscher Schauspielerpreis.

She played supporting roles in Antonin Svoboda's biopic "Der Fall Wilhelm Reich" ("The Strange Case of Wilhelm Reich", 2012, TV) and in Nikolaus Leytner's Alzheimer drama "Die Auslöschung" (2013, TV). Lars Becker cast her for his crime drama "Unter Feinden" ("Blank", 2013, TV) as the detective inspector's wife. In Urs Egger's "Eine Liebe für den Frieden" (2014, TV), she portrayed nobel prize winner Bertha von Suttner and in the crime series "Dengler", she has been appearing in the lead role as a hacker from 2015 on.

She played further lead roles in films such as the German-Russian pre-war drama "Lieber Hans" (2014) set in 1941 and in "Tiere" ("Animals", CH/AT/PL 2017), psycho drama and mystery thriller. In the beginning of 2018, she appeared on the big screen in two top-class productions: In the gangster film "Nur Gott kann mich richten" ("Only God Can Judge Me") she portrays a tough police officer and in Emily Atef's "3 Tage in Quiberon" ("3 Days in Quiberon”, DE/AT/FR 2017) she plays Hilde Fritsch, a close friend of Romy Schneider's (Marie Bäumer). "3 Tage in Quiberon" premiered in the Berlinale Competition and had its theatrical release in April 2018.

Less than a month apart, two further feature films starring Minichmayr hit theaters in February and March 2019: once again directed by Doris Dörrie, she reprised her role as the family's daughter and sister, respectively, in "Kirschblüten & Dämonen" ("Cherry Blossoms and Demons"), the sequel to 2008's "Kirschblüten - Hanami" ("Cherry Blossoms"). In Alireza Golafshan's road movie "Die Goldfische" ("The Goldfish"), she played a member of a residential group of disabled people who - egged on by a banker newly paralyzed by an accident - set out for Munich to bring a considerable amount of black money to safety.

In September 2019, the TV channel ARTE showed Lars Kraume's Bauhaus miniseries "Die neue Zeit" ("Bauhaus – A New Era"), in which Minichmayr can be seen in five episodes as the composer Alma Mahler-Werfel, who was first married to the composer Gustav Mahler, then to the architect Walter Gropius and then to the poet Franz Werfel.

Alongside Alexandra Maria Lara, she played a leading role in Nana Neul's tragicomic road movie "Töchter" (based on the bestselling novel by Lucy Fricke), in which two friends set out to accompany the seriously ill father (Josef Bierbichler) to an euthanasia association in Switzerland. The film will be released theatrically in October 2021.

In between, Minichmayr continued to play a leading role alongside Ronald Zehrfeld as a hacker in films from the crime series "Dengler."

In addition to her work for television and cinema, Minichmayr can regularly be seen on stage. After working freelance for several years, she has been a permanent ensemble member of the Burgtheater in Vienna again since the 2019/20 season.