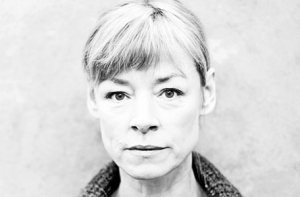 Jenny Schily, born May 14, 1967, in Berlin as the daughter of the future Minister of the Interior of Germany, Otto Schily, and his wife at the time. After finishing her studies at Ernst-Busch-Schauspielschule in Berlin, Schily performed at theatres throughout Germany, for instance, at Staatstheater Dresden and at Schauspiel Frankfurt. From 2000 to 2003, Schily was a cast member of Theater am Turm (TAT) in Frankfurt. Then, she went to Berlin and became a cast member of Schaubühne am Lehniner Platz where she still works until today.

Jenny Schily made her movie debut already in 1980 in a small role in Claudia Holldack's "Don Quichottes Kinder" ("Don Quixote's Children"). She did not return to the movie screen until 1995 when she appeared in the movie "Sunny Point" alongside André Hennicke. Since then, Schily has mainly been seen in key supporting roles in TV productions like "Der Kuß des Killers" (1998), "Umwege des Herzens" (2001), or "Polizeiruf 110 - Traumtod" (2006) besides her theatre career.

So far, Schily played her most important part in 2000 in the RAF drama "Die Stille nach dem Schuss" ("The Legends of Rita"), directed by Volker Schlöndorff. In 2008, Jenny Schily actually appeared in two leading roles: In the award-winning TV drama "Ihr könnt Euch niemals sicher sein", she played a mother whose son is on the brink of running amok, and in the movie "In jeder Sekunde" ("At Any Second"), she plays a gallery owner who starts an affair with a married man.