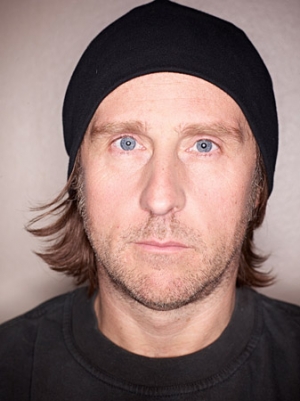 Bjarne Ingmar Mädel, born on March 12, 1968, in Hamburg, studied World Literature and Creative Writing in California after graduating from high school. He soon returned to Hamburg to start working as a construction worker. He then began to study German and Theatre Studies at Erlangen University, before he continued to study acting at the Film University Babelsberg Konrad Wolf in Potsdam shortly afterwards in 1992.

In 1995, he won an advancement award for acting students from the Federal Minister for Education, Science, Research and Technology for his work on George Tabori's "Die Kannibalen" and Edward Albee's "Die Zoogeschichte". After finishing his studies, he got an acting job at the Volkstheater Rostock where he continued to work until 1999. He then began his second engagement at the Hamburg Schauspielhaus until 2004.
He made his first appearance on German Television in 2002 with a supporting role in "Ausgelöscht" and a guest appearance in "Der Ermittler". His breakthrough role was his portrayal of the humble Berthold "Ernie" Heisterkamp whom he played in the hit series "Stromberg" from 2004 to 2012.

He gave his debut on the big screen with a leading role in Matthias Keilich's "Die Könige der Nutzholzgewinnung" ("Lumber Kings"). It is a provincial comedy and Mädel plays a sympathetic loser, who is determined to organize a lumberjack / woodcutter competition in his tiny village called "Tanne". In the following year, he was part of the ensemble in Vanessa Jopp's comedy "Meine schöne Bescherung" (2007). Mädel plays an eccentric neighbor of a dysfunctional family whose Christmas party turns into a complete nightmare. In 2008, he got a supporting role in Lars Jessen's road movie "Der Schimmelreiter" ("Sheep and Chips"), in which he plays a strict supervisor.

Mädel continued to work as an actor for popular German television series, including "Mord mit Aussicht" (2008-2014). He was nominated for the Bayerischer Fernsehpreis for his portrayal of a salesman for electronic goods, who becomes famous for his schnapps commercial in Ralf Husmann's "Der kleine Mann" (2009).

Apart from leading roles, he guest-starred in "Tatort", "Küstenwache" and "Der Dicke". His most important roles in German television films were in Lars Becker's "Schief gewickelt" (2010), in which he gave a supporting performance as a timid, but musically gifted post office clerk and in "Die Toten von Hameln" (2014). In the mystery thriller, he plays a police man who teams up with his ex-girlfriend to find a lost girl choir.

In 2014, he returned to German cinemas after six years with his portrayal of Ernie for the movie version of "Stromberg". He also made a guest appearance in Jonas Grosch's film "bestefreunde".

His biggest success came with "Der Tatortreiniger" on which he works again with Stromberg director Arne Feldhusen. It is a satirical comedy series set in Hamburg and he plays a crime scene cleaner, whose cases lead him to bizarre situations. Mädel was showered with honors for his leading role in "Der Tatortreiniger" and has won several awards, including the Grimme-Preis and the German comedy award. The most recent episode of the cult series was aired on German television in January 2016.

Mädel also appears in Anne Zohra Berrached's "24 Wochen" ("24 Weeks") which premiered at the Berlinale in February 2016. Julia Jentsch and Mädel play parents-to-be who find out that their unborn child will be severely disabled.