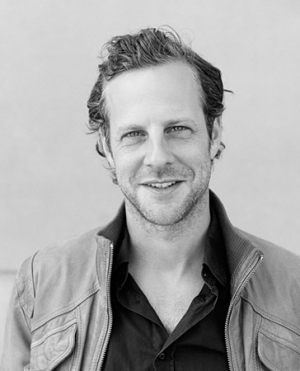 Marc Bauder, born in Stuttgart on December 21, 1974, studied business administration in Cologne, St. Gallen and New York from 1996 to 2001. While still at university, he founded the production company bauderfilm in 1999 and made his first feature-length documentary: "Keine verlorene Zeit" ("No Lost Time", 2000), about a circle of friends in Leipzig who were targeted by the Stasi in the late 1970s, screened at the Leipzig Documentary Film Festival, among other festivals. In 2001, Bauder began studying at the Academy of Film and Television in Potsdam-Babelsberg, graduating three years later.

As a filmmaker, he specialized in documentaries on social and political topics. The made-for-TV "Grow or Go - Die Architekten des Global Village" (2003), about four graduates of a private elite university, was nominated for the prestigious Grimme Preis Spezial, among other awards. "Jeder schweigt von etwas anderem" ("Last to know", 2006), about the families of three former political prisoners of the GDR, screened at several international festivals and received a nomination for the Preis der deutschen Filmkritik (Prize of the German Film Critics Association).

He also achieved great success with his first feature film "Das System - Alles verstehen heißt alles verzeihen" ("The System", 2011): the drama about a young man who gradually gets to the bottom of his late father's Stasi entanglements, received the 2011 DEFA Sponsorship Award and a nomination for the 2012 German Film Award in the category Best Supporting Male Actor (Bernhard Schütz).

In 2013, Bauder presented another highly acclaimed documentary: "Master of the Universe," in which former investment banker Rainer Voss provides insights into the mechanisms of international finance, premiered at the 2013 Locarno Film Festival and won the Critics' Prize there. It opened in German cinemas in the fall of the same year. Other awards for "Master of the Universe" included the German Film Critics' Prize and the 2014 European Film Award, both for Best Documentary.

In 2014, based on an idea by Marc Bauder and his brother Christopher, the project "Lichtgrenze" ("Border Cut") was realized for the 25th anniversary of the fall of the Berlin Wall; for this, Bauder realized the film collage "Mauerstücke". For their project, the brothers received the Order of Merit of the State of Berlin in 2015.

Bauder's second feature film followed in 2016, the TV thriller "Dead Man Working," set in the banking milieu. It was awarded the German Camera Prize and the Grimme Prize in 2017.

At the Berlinale 2021, Bauder's documentary "Wer wir waren" ("Who We Were") was shown in the "Berlinale Special" section. In this film, Bauder portrays people who think and act unflinchingly against the grain, in search of meaning and the future of humanity. A few months earlier, "Wer wir waren" had already won the award for Best Documentary at the 2020 Hessian Film Awards. Due to the Corona pandemic, it did not regularly open in cinemas until July 2021.