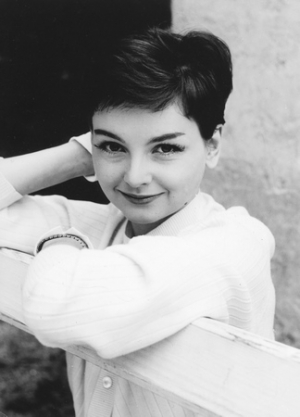 Ingrid Andree (née Ingrid Tilly Unverhau) was born in Hamburg on January 19, 1931. Her uncle was the actor Joachim Gottschalk, who committed suicide with his Jewish wife during World War II. Motivated by a classmate, Andree successfully applied to the Hamburg Drama School after graduating from high school, where Eduard Marks was among her teachers. After passing her final exams as well as an aptitude test for radio, she received an engagement at the Thalia Theater in 1951, where she made her stage debut in a production of Turgenev's "A Month in the Countryside". She first attracted greater attention in the role of Abigail Williams in Arthur Miller's "Witch Hunt".

Parallel to her stage work, Andree also appeared in film productions from the beginning of her career. She made her screen debut with a small role as a schoolgirl in "Professor Nachtfalter" (1951). In the same year she appeared in the leading role in Rolf Thiele's "Primanerinnen", as a young woman who waits for years for the return of her childhood sweetheart (Walter Giller). With films such as Wolfgang Liebeneiner's "... und ewig bleibt die Liebe" (1954), Robert A. Stemmle's "Du darfst nicht länger schweigen" ("You Can No Longer Remain Silent", 1955), Paul Verhoeven's "Roman einer Siebzehnjährigen" (1955) and Rudolf Jugert's "Ein Stück vom Himmel" (1957), Andree cemented her status as an audience favorite, specializing in romantic love dramas.

Ingrid Andree's most ambitious and popular film was the Thomas Mann adaptation "Bekenntnisse des Hochstaplers Felix Krull" ("Confessions of Felix Krull", 1957, directed by Kurt Hoffmann), in which she played the professor's daughter Zouzou alongside Horst Buchholz. Other significant successes were the crook comedy "Peter Voss, der Millionendieb" (1958) and Helmut Käutner's award-winning drama "Der Rest ist Schweigen" (1959), which transferred the "Hamlet" story to post-war Germany. Andree played the equivalent of Ophelia in it, with Hardy Krüger playing the male lead.

After the successful Bavarian social satire "Sturm im Wasserglas" (1960), Andree appeared in three more feature films: the crime thrillers "Treibjagd auf ein Leben" (1961) and "Nachts ging das Telefon" (1962) as well as in a small role in the classic "Polizeirevier Davidswache" (1964). Instead, she concentrated primarily on theater from the end of the 1950s. In 1959/60, for example, she appeared on stage alongside Gustaf Gründgens at the Deutsches Schauspielhaus Hamburg in a title role in the George Bernard Shaw comedy "Caesar and Cleopatra." Further engagements took her to Berlin, Vienna and Zurich. Her television appearances in the 1960s were also primarily theater adaptations.

From 1969 on, Andree appeared almost exclusively on stage and only occasionally in TV productions, such as in an episode of the crime series "Der Kommissar" (1970) and a TV theater adaptation of "Onkel Wanja" ("Uncle Vanya", 1979). From 1967 to 1970 she had an engagement at the Munich Kammerspiele, and from 1971 to 1980 she was a member of the ensemble of the Thalia Theater in Hamburg under Boy Gobert. She then moved on to the Schauspielhaus Köln, returned to the Thalia Theater in 1985, and transferred again to the Schauspiel Köln in the early 1990s.

In addition to acting on screen and on stage, Andree occasionally worked as a dubbing artist. For example, she lent her voice to Olivia de Havilland and Jean Simmons in some of the German language versions of their films. In the popular children's radio play series "Hui Buh" she was Princess Konstantia.

In 1986 Andree became a member of the Free Academy of the Arts in Hamburg. In 1989 she received the Grand Cross of the Order of Merit of the Federal Republic of Germany. In 2005, she appeared at the Schaubühne am Lehniner Platz in Berlin in the world premiere of the play "Eldorado" by Marius von Mayenburg.

After many years of absence from the screen, in 2009 she appeared in the episode "Wettlauf mit dem Tod" of the crime series "SOKO Leipzig". She took on a final leading role on the big sceen in the science fiction film "Transfer", a kind of modern Faust story (directed by Damir Lukacevic).

Ingrid Andree was married to actor Hanns Lothar from 1959 to 1965. Their daughter Susanne Lothar (1960-2012) was also an actress. Ingrid Andree lives in Berlin.