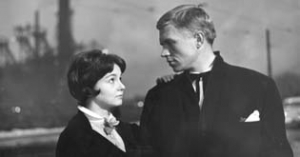 John H. Claudius, sole heir of the Claudius steelworks, returns to the Ruhr area after a long stay in the United States. John received news that his father had been killed by a bombing, but he does not believe this story. Rather, he suspects that Claudius Sr. was murdered. His mother's new husband, his uncle Paul, makes no secret of the fact that John's visit makes him uncomfortable. Even his mother's welcome does not seem warm to John. When John visits friends Mike R. Krantz and Stanley Goulden, who are giving a guest performance with their ballet company in the industrial park, he develops a plan to convict his father's murderer. Based on William Shakespeare's "Hamlet".