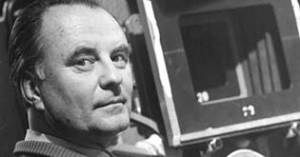 Wolfgang Liebeneiner was born in the town of Liebau / Niederschlesien (today Lubawka / Poland) on the 6th of October 1905. His father, a former army officer, owned a textile factory. Leibeneiner attended both military and civil schools, and enrolled at university in 1924. He studied German literature, philosophy and history in Innsbruck, Berlin and Munich.

There he joined an academic theatre company, and was finally asked by Otto Falckenberg to join the Münchner Kammerspiele. He debuted in a staging of Wedekind's drama "Frühlings Erwachen" and later began directing plays as well. From 1932-34, he was an ensemble member at the Deutsche Theater in Berlin.

In 1931, he gave his screen debut, playing an English lieutenant in the war movie "Die andere Seite". A year later, he embodied an Austrian army officer in Max Ophüls' "Liebelei". In 1936, Liebeneiner, who was mostly typecast as the romantic lover in movies, joined Gustaf Gründgens at the Staatstheater, where he worked as director and actor until the stage closed for good in 1944.


His feature debut as a director came in 1937, when he directed the comedy "Versprich mir nichts!". The same year, Liebeneiner became a member of the board at the Terra film production company, and subsequently he took over many positions within the Nazi film industry: From 1938-1944, Liebeneiner held the title of "Staatsschauspieler" (state actor), he was dean of the artistic department at the Film Academy Babelsberg, head of the film department at the Reichsfilmkammer (from 1939 onwards), head of production at Ufa (1942-45) and member of the presidential council at the Reichstheaterkammer. He was appointed as professor by Propaganda minister Goebbels in 1943.

Apart from his work as an official, Liebeneiner directed entertainment fare like "Der Mustergatte" and "Der Florentiner Hut", both starring Heinz Rühmann. He cast his first wife Ruth Hellberg in the Maupassant-adaptation "Yvette", while "Das andere Ich" featured his second wife Hilde Krahl in the principal role. Overall, Liebeneiner's films from that period were prominently cast, technically well executed and showed a certain interest in experimenting with narrative conventions.

However, during WWII Liebeneiner directed three propaganda films: "Bismarck" and "Die Entlassung", which both deliberately tried to draw parallels between the political legacy of the "iron chancellor" of imperial Germany and Hitler's regime, and "Ich klage an", which gained notoriety for its callous plea for euthanasia.

After the war, Liebeneiner was allowed to continue his work by the allied authorities, and until 1954, he primarily staged plays at the Hamburger Kammerspiele, most notably the premiere of Wolfgang Borchert's drama "Draußen vor der Tür". Liebeneiner also adapted this play for the screen, the result being "Liebe 47", which altered Borchert's original text and added a somewhat forced happy-end.

During the 1950s, Liebeneiner scored at the German box-office with popular entertainment fare, and between 1956-58 alone, he directed six features starring Ruth Leuwerik, among them the musical romp "Die Trapp-Familie" (which shares its source material with the later Hollywood classic "The Sound of Music"), the historical drama "Königin Luise" and the P.O.W.-exploitation "Taiga".

In the 1960s, Liebeneiner, who relocated to Vienna in 1954, successfully adapted theatre plays for television and also directed several series for the budding new medium.

Liebeneiner and his wife Hilde Krahl have a daughter, Johanna Liebeneiner (born in 1945), who became a successful theatre actress.

On November 28th 1987, Wolfgang Liebeneiner passed away in Vienna.