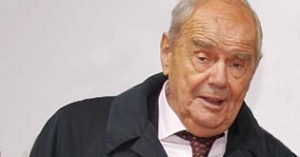 Walter Giller, born August 23, 1927, in Recklinghausen, grew up in the Hamburg borough of Hamm. In 1942, at the age of 15 he was ordered to serve in anti-aircraft support. In 1944, Giller became a prisoner of war but got released after staying in a sanatorium for one year to recuperate from a torn lung. Giller then started to study medicine but soon quit his studies to become a trainee at Hamburg"s Kammerspiele where he also worked as an assistant director. He later attended actor"s training and worked as a supporting actor and assistant director.

Giller made his movie debut in Artistenblut" (1949), which was followed by "Kein Engel ist so rein" (1950). He mainly appeared in the part of the shy teenage lover, for instance as a student in Rolf Thiele"s film "Primanerinnen" (1951). In 1953, Giller quit working at the theatre to focus on his movie career, and soon started to play comic roles in a number of entertainment movies such as "Skandal im Mädchenpensionat" ("Scandal at the Girls" School", 1953) or "Peter Voss, der Millionendieb" (1958).

In 1956, Walter Giller married fellow actress Nadja Tiller. His performances as a man sentenced to death for a minor offence during the last months of the war who meets his judge (Martin Held) after the war in Wolfgang Staudte"s "Rosen für den Staatsanwalt" ("Roses for the Prosecutor", 1959), and as a trucker from East Berlin in the East-West drama "Zwei unter Millionen" (1961) by Victor Vicas and Wieland Liebske won him two German film awards.

From then on, Giller withdrew from the movie business and focussed more and more on parts in TV series such as "Das Traumschiff" or Sylter Geschichten". Both the TV series "Karschunke & Sohn" (1978) and his sketch show "Locker vom Hocker" that ran from 1979 to 1987 became big success stories with the German TV audience. Besides, Giller returned to the theatre stage and toured several times with Nadja Tiller.

In 2009, about 30 years after his last appearance on the movie screen, director Leander Haußmann rediscovered Walter Giller for the big screen: In the comedy "Dinosaurier – Gegen uns seht ihr alt aus!", he plays a member of a spritely gang of pensioners alongside Eva-Maria Hagen, Ezard Haußmann, and Nadja Tiller.