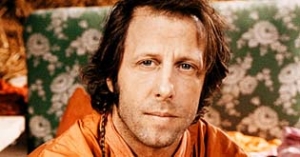 Oliver Korittke, born April 6, 1968 in West Berlin, made his acting debut already at the age of four in the TV series "Die Pulvermänner". In 1972/73, he appeared in the children's programme "Sesamstraße" ("Sesame Street"), three years later, he starred in the series "Die drei Klumberger". But his dream to start a career as a stuntman soon found an end when he broke his pelvis in a bike accident. At the age of 16, Korittke started to attend private acting lessons and from the mid-1980s on, while still going to school, he regularly performed on stage but also starred in TV series like "Die Schwarzwaldklinik" ("The Black Forest Clinic", 1985) and in movie productions like Holm Dressler's "Keep on Running" (1990).

Korittke then became known to critics and movie goers alike with his leading roles in Christopher Roth's satire "Looosers!" (1994) and in Michael Gutmann's comedy "Rohe Ostern" ("No Panic!") before he made his final breakthrough in 1997 in the crime film comedy "Die Musterknaben" ("Cologne"s Finest"): Alongside Jürgen Tarrach, Korittke played a hopelessly chaotic police man from Cologne – a part he resumed in 1999 and in 2003, respectively, in two TV sequels and that won him a special award at the Baden Baden TV film festival in 1999.

During the following years, Korittke was seen in numerous, quite different movie and TV productions. His speciality are roles of equally weird and endearingly naive or idealistic characters who may not always conform to society's rules but most of the times have their heart in the right place. In 1998, for instance, Korittke played a gay hairdresser's assistant in the ensemble comedy "Das merkwürdige Verhalten geschlechtsreifer Großstädter zur Paarungszeit" ("Love Scenes From Planet Earth"), and one year later he starred as stoned hedonist Keek in the cult comedy "Bang Boom Bang" ("Bang Boom Bang – A Sure Thing"). In 2000, Korittke played a highly-praised leading role in the drama "Eine Handvoll Gras" ("A Handful of Grass") as a former police man and cab driver in Hamburg who wants to help a Kurdish boy who is abused as a drug courier.

Besides his movie work in films such "Agnes und seine Brüder ("Agnes and His Brothers", 2004), "Grenzverkehr" (2005) oder "Reine Formsache" (2007), Korittke also starred in more and more TV productions from the year 2000 on. Furthermore, Korittke took over the role of Ekkehardt Talkötter in the successful TV series "Wilsberg" in 2005.

Oliver Korittke ranks among the most productive and sought-after German actors: Since his TV debut in 1972, he has been seen in over 100 movie and TV productions. In 2007, Korittke played a leading role in the Berlin-based multi-cultural comedy "Evet, ich will", directed by Sinan Akkus. In September 2008, his film "Das Morphus-Geheimnis" ("Mystery of Morphus") premiered at the children's film festival "Lucas" in Frankfurt. In the film, Korittke plays a goofy villain.