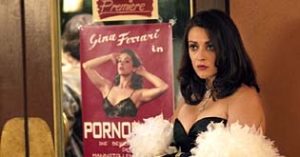 Munich, at the end of the 1960s: The "sexual revolution" is in full swing. During a police operation, 20-year old police cadet and film buff Benjamin falls in love with the attractive communard Luzi. But Benjamon has not only to cope with this conflict between professional duties and his private love life. To make things worse, his easy-going older brother Freddie persuades him to be the director of his film project – which turns out to be a frivolous "sex education film", a genre that was highly popular at the time. Amateur film maker Freddie is convinced that they would clearly be able to shoot that kind of film. But they soon find out that the film business is not as easy as they initially thought. Especially the production of a softcore movie happens to be full of pitfalls.