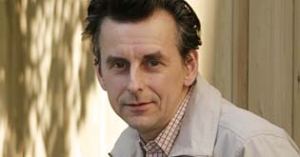 Johannes Silberschneider was born in Mautern, Austria on December 13th 1958. After graduating from school, he studied acting at the renowned Max.Reinhard-Seminar in Vienna and while still at school, made his TV debut as the lead in Axel Corti"s refugee drama "An uns glaubt Gott nicht mehr" (1982).

As stage actor, Silberschneider got engagements at renowned theatres in Zurich, Stuttgart, Hamburg and Munich, where he performs to this day. Due to his extensive theatre work, he first only appeared occasionally in film and television. He played roles in Peter Sehr"s "Kaspar Hauser" (1993), Michael Haneke"s "Die Rebellion" (1993) and "Das Schloss" (1997), as well as in three films by Michael Kreihsl: "Charms Zwischenfälle" (1996), "Heimkehr der Jäger" (2000) and "Tigermännchen sucht Tigerweibchen" (2002).

A part in the successful Austrian crime series "Trautmann" (2000-2008) further added to his popularity. He also starred in the short film "Copy Shop", which was directed by Virgil Widrich and was nominated at the 2002 Academy Awards. Silberschneider continued to work in television and film, and appeared in Marcus H. Rosenmüllers "Die Perlmutterfarbe" (2009) and in Oskar Roehler"s controversial drama "Jud Süss – Film ohne Gewissen" (2010). In 2010, he played composer Gustav Mahler in "Mahler auf der Couch", directed by Percy and Felix Adlon.