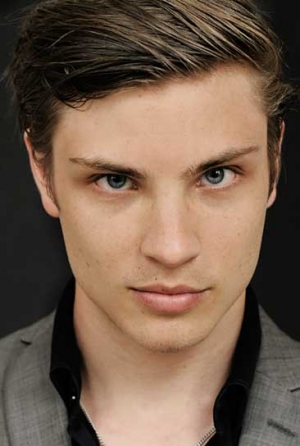 He portrayed a troubled high school student in Martin Enlen's TV drama "Mittlere Reife (2011), and along with his co-stars, Schümann received a special prize for Best Ensemble at the 2012 Hessian Film Award. He equally impressed with his performance as a mean-spirited kid in Kilian Riedhof's acclaimed "Homevideo" (2011), and had a memorable turn as a suicidal patient in Christian Petzold's "Barbara" (2012).

Jannik Schümann's first leading role in a theatrical release came with Gregor Schnitzler's "Spieltrieb" ("Gaming Instinct"): In the film, he plays an 18-year-old schoolboy who manipulates a younger girl into playing a malicious mind game with a clueless teacher.

After parts in the miniseries "Schuld nach Ferdinand von Schirach" (2015) and in "Die kalte Wahrheit" (2014, TV), Schümann got positive reviews for his portrayal of a transsexual youth in the TV production "Mein Sohn Helen" (2015). Following a supporting role in the 2015 release "Taxi", he was one of the leads of the TV miniseries "Die Diplomatin" (2016). He went on to star in the teen drama "LenaLove" and - opposite Louis Hofmann and Sabine Timoteo - in the screen adaptation of the eponymous bestselling novel "Die Mitte der Welt" ("Center of My World"), both released in late 2016.

In the novel adaptation "Jugend ohne Gott" ("Godless Youth", 2017) Schümann was an emotionally cold elite student, in the social comedy "High Society" (2017) he played the snotty son of an industrialist. The second season of the successful series "Charité" (2019) showed him as antifascist resistance fighter Otto Marquard, while he played an died-in-the-wood Nazi in the post-war drama "Niemandsland" ("The Aftermath", 2019) set in 1946.

Schümann had a leading role in the youth novel adaptation "Dem Horizont so nah" ("So Near the Horizon"), the first part of the so-called "Danny Trilogy". In the film he embodied the main character Danny, a 20-year-old winner whose charismatic facade conceals a traumatized character.

He received critical praise for his leading role in the TV drama "9 Tage wach" (2020), a film adaptation of the biography of actor Eric Stehfest, who used to be a crystal meth addict. For the road movie "Deine Farbe" ("Your Color", DE/US 2019), about two young men who escape the German provinces and travel to Barcelona, Schürmann and his co-star Nyamandi Adrian received the acting award at the Spanish Calella Film Festival in October 2020.

In February 2021, Jannik Schümann was one of the 185 lesbian, gay, bisexual, queer, non-binary and trans* signatories of the #actout manifesto and participated in the the mass coming-out on the front page of the Süddeutsche Zeitung magazine. Initiated by Karin Hanczewski, Godehard Giese and Eva Meckbach, the campaign positioned itself against discrimination and called for more visibility and diversity in the theatre, film and television industry.

After that, he was seen in two episodes of the Netflix end-time series "Tribes of Europa" (2021). Due to the Coronavirus pandemic, "Your Colour" was released as video-on-demand and not theatrically at the end of February 2021. The German release of the internationally co-produced video game adaptation "Monster Hunter", was also postponed from the end of 2020 to 2021 due to the pandemic.