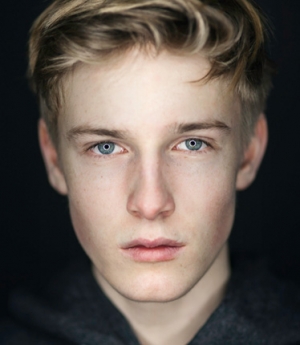 Louis Hofmann was born in Cologne on June 3 1997. At a very early age, he already performed as an extra in stage productions of the Cologne Opera. He made his debut in front of the camera in Hermine Huntgeburth's TV drama "Der verlorene Vater", followed by turns in Matti Geschonneck's TV thriller "Tod in Istanbul" and in the TV series "Danni Lowinski".

He had his first lead role in Hermine Huntgeburth's 2011 adaptation of "Tom Sawyer", and also reprised his role in "Die Abenteuer des Huck Finn". For "Tom Sawyer", Hofmann and his Co-Star Leon Seidel were awarded the "New Faces Award". In 2013, he appeared alongside Benno Fürmann in Vanessa Jopp's comedy "Der fast perfekte Mann".

Following a string of TV roles, including a part in Matti Geschonneck's "Das Zeugenhaus", and a supporting role in the theatrical release "Von glücklichen Schafen" (2014), Louis Hofmann played the male lead in the 2015 feature film "Freistatt", directed by Marc Brummund. For his portrayal of a rebellious teen, who suffers from violence and mistreatment in a home for troubled youth in the late 1960s, Hoffmann won the Bavarian Film Award for Best Newcomer.

Hofmann played his first international role in the Danish-German co-production "Unter dem Sand - Das Versprechen der Freiheit" ("Land of Mine") by Martin Zandvliet. He won several awards for his portrayal of a German soldier in Danish war captivity, among them the Actor Prize at the Tokyo International Film Festival and the Danish Critics' Prize 'Bodil' as Best Supporting Actor; at the German Film Prize 2016 he received the special 'Jaeger-LeCoultre Hommage an den Deutschen Film' prize for the "outstanding acting achievements of German actors in an international film".

In the multiple award-winning television drama "Das weiße Kaninchen" ("The White Rabbit", 2016) Hofmann played a teenager who blackmails an Internet acquaintance with revealing photos. In the box-office success "Die Mitte der Welt" ("Center of My World", 2016) he starred in the leading role, in the comedy "Lommbock" (2017) he was the pubescent and drug-dealing son of Moritz Bleibtreu. In 2017, Hofmann also appeared in two streaming series: In "You Are Wanted" (2017, Amazon) where he had a supporting role as an idealistic hacktivist and in the Netflix series "Dark" (2017-2019) where he played the leading role of the young Jonas Kahnwald.

In 2019 Hofmann performed in two cinematic productions: "Prélude" showed him as a music student, worn down by the pressures of performing at the conservatory; the Siegfried Lenz film adaptation "Deutschstunde" ("The German Lesson") presented him as Klaas, the rejected son of the Jepsen family, which the story revolves around.